AMD is turning 50 this year and in order to celebrate it will be reportedly releasing new special edition products with both the Radeon VII graphics card and Ryzen 7 2700X processor both receiving 50th anniversary special edition releases. 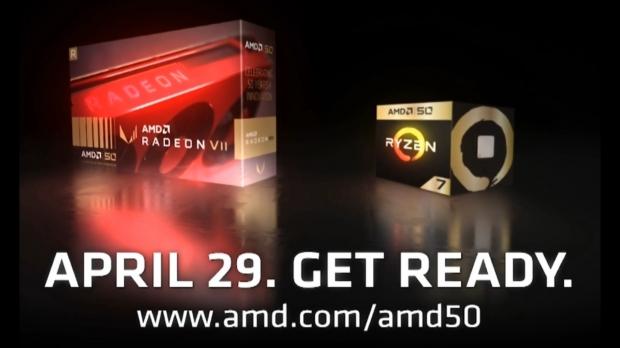 A few glimpses of the Ryzen 7 2700X special edition CPU have been spotted in the last few days, but the 50th anniversary Radeon VII hasn't been seen until now. We should expect an April 29 announcement and release, but I'm sure that the numbers made available will be extremely low. It'll be a great collectors product for the future, and it isn't the last of AMD's massive launches this year.

AMD is ramping into the next generation Zen 2 CPU architecture on the new 7nm node with a plethora of new processors in its Ryzen, Threadripper and EPYC families of CPUs. On top of that we'll have the associated X570 chipset released with its PCIe 4.0 connectivity, and who can forget about Navi? The new Navi GPU architecture will also be unveiled and released into a next-gen Radeon graphics card, something that will be unveiled at E3 2019 just days after Computex 2019.

Once there are more details on the new 50th anniversary special editions of the Radeon VII and Ryzen 7 2700X we'll update you.