Fighting game fans who haven't had a chance to jump into Street Fighter V will soon be able to completely free of charge.

Capcom have announced via their Capcom Blog that Street Fighter V: Arcade Edition will experience a free trial period for PlayStation and PC gamers. The free trail period will begin on April 23rd and will continue through until May 5th. It will feature 16 playable fighters for players to enjoy as well as four bonus DLC characters. However, these four DLC characters will only be available in certain game modes, such as Ranked, Casual, and Training.

The release date for this free trial is quite a peculiar one, as April 23 is also the release date for the highly anticipated Mortal Kombat 11 by NetherRealm Studios. Perhaps Capcom has pulling a sly move here by trying to keep or distract fighting game fans on Street Fighter V or away from Mortal Kombat 11. For more information about Street Fighter V, check out the official blog post on the Capcom website here. 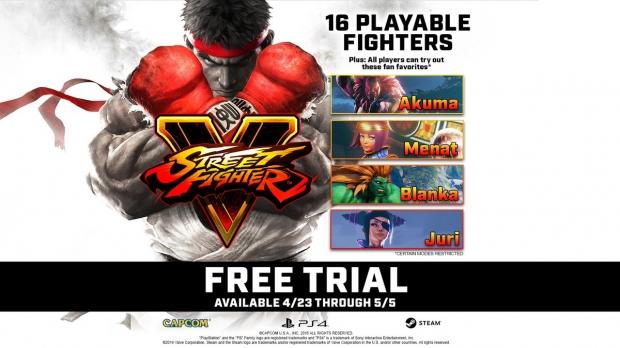