You know it was coming and now the day is here: Half-Life 3 has been announced and it's an exclusive to the Epic Game Store. The announcement from Valve is not a surprise as Half-Life 3 will be a Valve Index launch title. 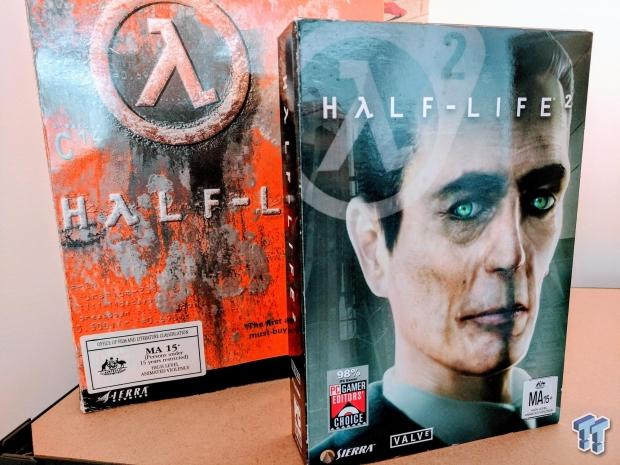 Valve will be releasing Half-Life 3 as an exclusive to its new Valve Index VR headset, the successor to the HTC Vive which it co-developed with the smartphone maker. HTC has future Vive headsets in production and launching later this year, with Valve continuing to work with HTC on those headsets while making Half-Life 3 a part of this huge year in hardware releases for the company.

Half-Life 3 will see you playing as Gordon Freeman once again with the game powered by Valve's own next-gen Source 3.0 engine, which will be used to good effect in the new Orange Box. Valve's new Orange Box will consist of a bunch of new games from the developer including Half-Life 3, Portal 3, Left 4 Dead 3, Team Fortress 3, and CS:GO 2.

The entire package costs $50 and is available on the Steam store starting today, April 1 while Half-Life 3 will be free on the Epic Games Store today only.

Yes, of course this is an April Fools Day joke and I'm so sorry if any of you were fooled or angry because of it. I'm an Aussie having a dig, this is what we do. I wish all of this stuff was actually happening, and Valve needs to get off their ass and do something about it. I truly hope we see a new industry defining moment where Valve could knock all other game developers and digital distribution platforms on their ass.

Things are really dragging with new game releases from Valve which is a two-pronged issue: first, Valve is a private company. It doesn't report to a big conglomerate or board of investors, which means we don't just get new games launching in legendary franchises like Portal and Half-Life every year like we do other franchise like Call of Duty.

But the other side of the coin means that Valve has the freedom to do whatever the hell they want, and create something that leaves a lasting impact. Just like pretty much every game they've released. Just think about that list:

Each game on this list got better with its new release and most of these games were released many, many years ago now. Imagine new games from Valve with new game mechanics, graphics, AI, a new Steam (layout, UI, features, etc), and more. Valve could do it, and I hope we get it (much) sooner rather than later.