A new image has been leaked by none other than Best Buy's very own advertisement, the leak showcases what appears to be the amiibo render for Joker. 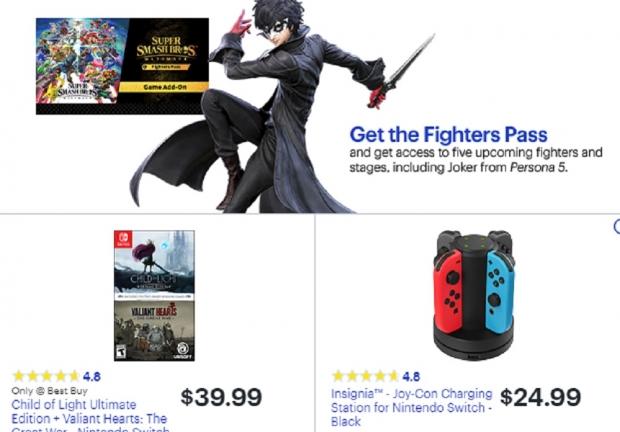 Back in December we learned that the first DLC fighter for Super Smash Bros. Ultimate's Fighters Pass would be Persona 5's Joker. We then learned about a month later through Nintendo's smaller Direct that Joker would be added "before the end of April", then some data mining revealed what is to be believed as Joker's stage name 'mementos'.

That is all we know of Joker so far, we have not seen gameplay of the fighter, just renders, images and a little bit of footage that was shown throughout the Nintendo Direct. Now, we have another leaked render that if I was to take a guess at what the its for - I would say it would be for the 'Joker' amiibo. Best Buy seems to have leaked the amiibo image through an advertisement on their website, to check the ad out for yourself visit this link here.