Bethesda today confirmed its E3 2019 plans, which include a stage show for its biggest upcoming games...and Starfield could be one of them. 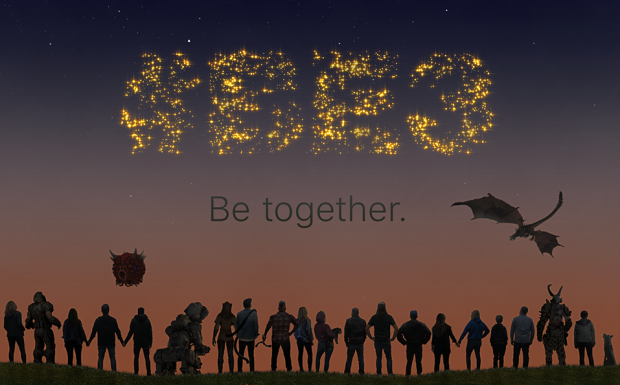 Bethesda's E3 2019 gala will basically be a rehash of everything announced at last year's show, including the hellishly explosive DOOM Eternal, the two-player co-op Wolfenstein Youngblood, open-world post-apocalyptic RAGE 2, and plus maybe a few surprises. "E3 is coming, and on Sunday, June 9, Team Bethesda returns to Los Angeles for our 5th Annual Bethesda E3 Showcase. It's going to be a hell of a night. We have got an in-depth look at DOOM Eternal plus much, much more," the devs announced.

But one highly anticipated sci-fi game could make another appearance, as teased in the starry night sky on Bethesda's E3 reveal. Originally announced at E3 2018, Bethesda's latest game Starfield is its most ambitious project yet and is still probably a ways off from release.

Starfield is Bethesda Game Studios' first new IP in decades, and promises to be a "singleplayer space epic" that delivers unique RPG-driven action. All of BGS' internal studios are working on Starfield, including its new Austin and Dallas branches.

The Elder Scrolls VI was also announced at E3 2018, but Bethesda confirms it'll launch after Starfield, so we probably won't see any new tidbits at the show.

This has always been the timing scheme. The studio has been working on these two "big and crazy projects" since 2016 and these titles are huge, sprawling games that should span console generations.