Maxon and its Cinebench R15 benchmark have been a big part of CPU benchmarking for quite some time now, with Cinebench R15 launching all the way back in September 2013 but the company has finally released a new version of its benchmark with all of the advancements of Maxon's Cinema 4D technology inside. 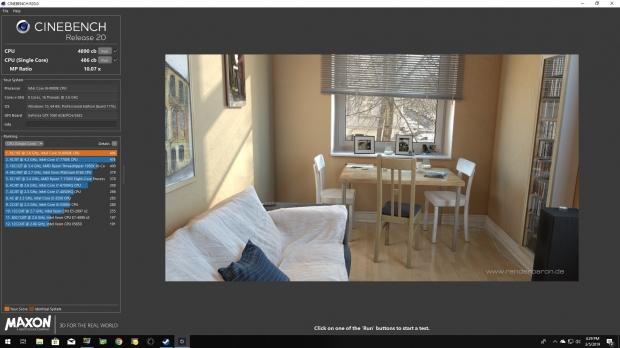 The new Cinebench R20 benchmark is a CPU-only benchmark, with Maxon removing the GPU benchmark portion out of the new run. In the new CPU benchmark it's also much more stressful on your hardware, with Maxon noting that "Cinebench R20 uses a much larger and more complex test scene than R15, requiring about 8x the computational power needed to render it. The test also requires about 4x the memory. Therefore, R15 and R20 results cannot be compared".

AMD unleashed its super-threaded Ryzen Threadripper CPUs in 2017 and continued that trend last year, and will have even more cores and threads in the third-gen Zen 2-based Threadrippers arriving soon. We need benchmarks like Cinebench to continue to expand and grow with next-gen CPU offerings, and here we have it. But there's one gigantic problem.

Maxon's new Cinebench R20 is only available on the Windows Store, and that's poo.