Anthem is a curious game that always fights itself. Like the cataclysmic storms that blast the world's surface, Anthem has a lot of inner conflict. The genre-melding mechanics often clash with each other; the live elements and incessant loot grind directly pull against the deep lore and sci-fantasy story. So to really enjoy Anthem you have to treat it as an old-school BioWare game in some ways...but that's easier said than done. Here are a few tips to enjoy Anthem as a die hard BioWare fan. 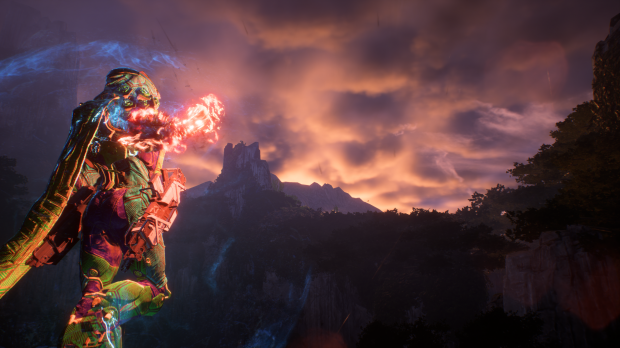 Anthem is way different than any game BioWare has ever made. But in many ways it's quite similar. Sure it's online-only and predicated on insanely randomized loot, engagement, and repeating missions to the point where you simply don't care about the story, but it also has that signature BioWare magic (more on that in another article). There's something special in Anthem, but to see it you need to brush away EA's microtransaction-focused influence.

The trick to really enjoying Anthem is to betray the game's core focus. Don't let the grind consume you. Anthem was built from the ground up to be a live game that's immensely replayable and grindy with lots of min-maxing gear and pressure on obsessing over that loot hunger. The game loses its soul and magic once you get swallowed up in that loot quest and becomes a rote, sometimes boring and predictable experience. Instead you should enjoy Anthem at a slow and steady pace to really understand and revel in its beauty.

The social elements also get in the way too.

I found myself actually enjoying Anthem when I played without friends. That way I could digest the lore, codex entries, and actually understand the missions and communicate with the NPCs to fill out the new sci-fantasy world. It's hard to pay attention to anything when you have buddies talking your ear off.

Playing with silent randoms was more fun because the missions had new meaning and I could understand what to do, rather than just flying around randomly, blasting baddies, and ignoring half of the things said by the cyphers because my friends were talking at the same time. 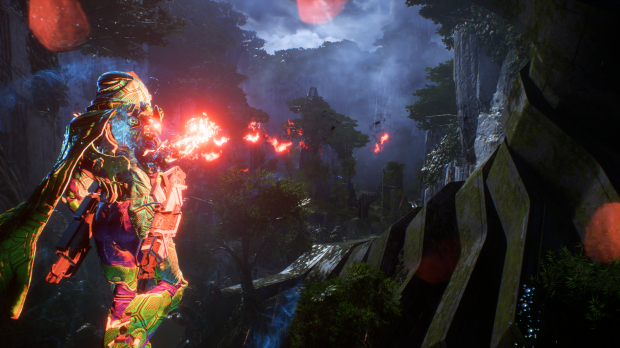 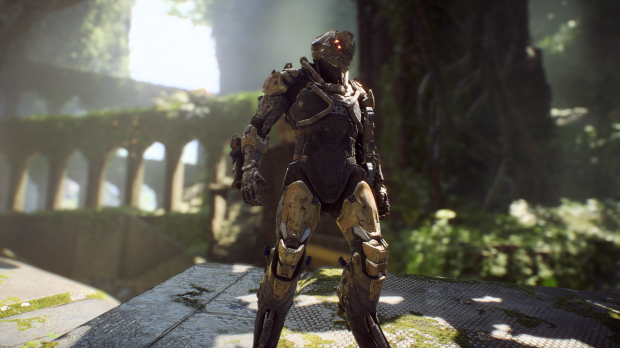 The biggest way to actually have fun in Anthem is to keep it fresh. And you really can only do that by limiting your play time.

Treat Anthem as a small delicious meal rather than an all-you-can-eat buffet. EA undoubtedly wants you to consume as much as possible, but that's how you ruin your taste for the meal indefinitely. Don't get too caught up in the loot storm and use your playtime as something meaningful rather than an outlet for that infernal Quest for More Loot.

Don't oversaturate or overexpose yourself to Anthem's world or it'll become too familiar and you won't notice its beauty. There's lots of immaculately crafted fantasy-inspired buildings and relics peppering its surface, and Fort Tarsis is a neat little exotic city straight out of the Orient with massive lore to back it up. Peek behind the scenes once in a while and drink in the atmosphere of the game--don't just blast your way through everything like a bull searching for its next red cape.

Anthem always has something new to show you or teach you, whether its a new weapon, a new skill combo that changes your build dramatically, or an awe-inspiring fane to some weird mysterious Shaper god. There's a lot to see in the game and the last thing you want to do is narrow your vision by grinding too much.

Here's a quick checklist of how to enjoy Anthem as a BioWare fan:

Yes, Anthem is primarily an action game that goes against the deep and rich RPG systems BioWare is known for, and yes, it's a live service game aimed at making money via microtransactions...but that doesn't define the entire experience.

There's something more here, but like a treasure hidden in the earth, you have to dig a little deeper to find it.