If you missed the fiasco of Metro Exodus' launch, then luckily you missed a huge amount of controversy that hit the gaming industry. Despite the controversy around Exodus, Steam reviews are overall extremely positive. 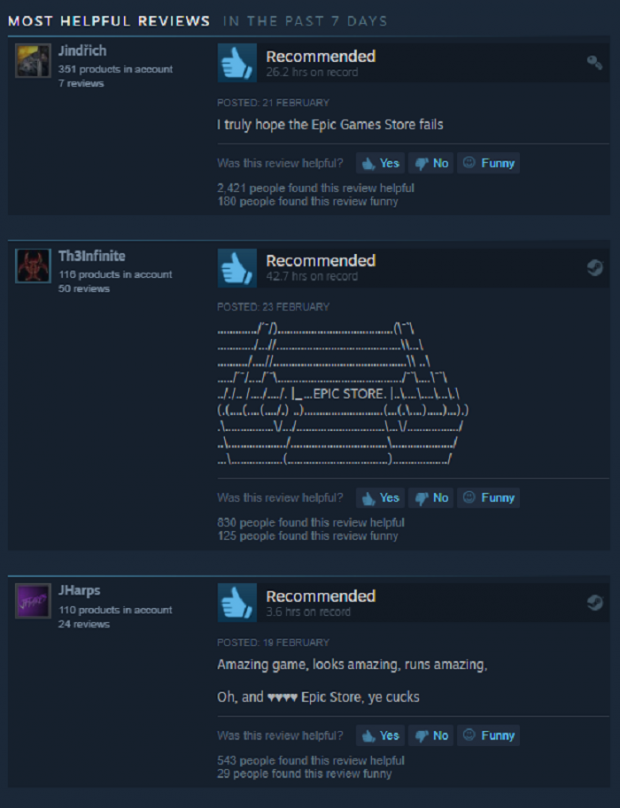 Before I get into why positive Steam reviews for Metro Exodus is not expected, I will give a quick recap on what happened with the titles launch. It all began when 4A Games' Metro Exodus, published by THQ Nordic and Deep Silver diverted their launch platform of choice extremely close to the announced release date. This decision came from the publishing side of the game and the decision that was made was that Exodus would skip the Steam Store and instead be a timed exclusive on the Epic Games Store. As expected, this decision came with extreme backlash from the community.

The decision to be a timed exclusive on the Epic Games Store was obviously done for monetary reasons due to the Epic Games Stores policy of having 88% of the revenue returned to the developers and publishers, while Steam takes a hefty 30% cut. There was so much upset amongst the Metro community that I even wrote a news post regarding fans of the series review bombing the other Metro titles on Steam to express their disgust with the publishing decision. You would expect that since the Steam page for Metro Exodus is still available that fans would be review bombing that as well, shockingly enough, that isn't the case.

If you look on the Steam listing for Metro Exodus (here), you will see that the overall rating for the game comes under the "very positive" category. Fans seem to have responded very well to the game despite its quick jump of platform, saying things such as "Despite all controversy about its launching and i thought that the publisher's decision was unfair for those Steam customers who were planning to buy it on release, 4A team did a masterpiece. This game is art. They've made something uniquely beautiful from that abandoned post apocalyptic world."

Another example; "Genuinely, one of the best story driven games I have ever played. A shame that the publishers, not the devs, messed up the games success by choosing to take the cash and push the game to the Epic Games Launcher. Would definitely say that this game is worth the purchase, if it ever comes back to Steam."

It seems that the raw gameplay that 4A Games have provided fans has superseded the upset with the platform the game has launched on. 4A Games should stand proud of this, as it's extremely difficult to get people to like something when they already have a bad taste in their mouth before even trying it. Metro Exodus is also one of the best-looking games on the market now and we have run it through numerous graphics cards to see how it scores. Check out our benchmarking article here to see if you can run it.