Overclocker '8PACK' is making headlines today with Overclockers UK unveiling his new 8Pack Orion X2 rig that costs an insane $43,000. What do you get for close to $50K? Well, not one but two damn powerful rigs with some absolutely beautiful custom watercooling and craftsmanship.

The new 8Pack Orion X2 is a dual-system with a fully custom watercooling system inside of the Phanteks Elite Full Tower PC, packing an Intel Core i9-7980XE processor (18C/36T) overclocked to a minimum of 4.6GHz. 8Pack has designed what Overclockers UK explain, and I would have to agree with, one of the "most complex and efficient custom watercooling systems ever installed in a PC".

TBoth of the systems are powered by a power splitter from the 8Pack Edition Super Flower Leadex power supply which provides 2000W of power to the systems, alongside 80Plus Platinum Certification. 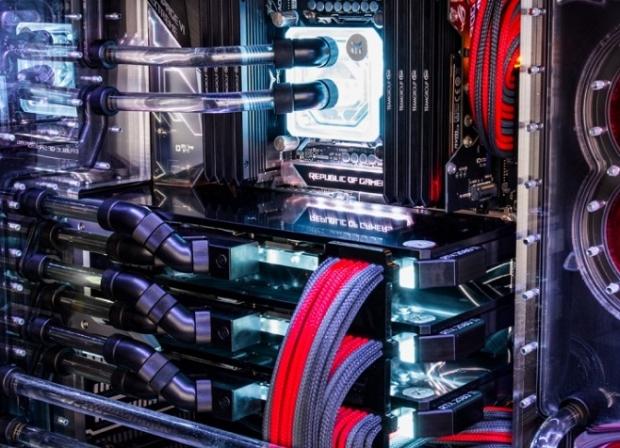 The triple-custom watercooling loop is pretty freaking insane, something you should read more on here, by is explained by OCUK as:

"A total of three independent loops are responsible for cooling, all of which are managed by their own Aquaero 6 from Aqua Computer, thereby enabling them to be conveniently controlled. The CPU as well as the NVMe drive of the E-ATX system are cooled by a 480 mm radiator as well as a 360 mm radiator. Visually, these two loops can be recognised by their grey and silver liquid coolant. The CPU of the Mini-ITX system on the other hand is cooled by a 360 mm radiator, the loop of which can be identified by its red coolant. The uniqueness of this water cooling setup, however, undoubtedly lies in the unusual design as 8Pack - apart from utilising premium components from EK Water Blocks, Aqua Computer and Mayhem - has also designed his own unique components especially for the OrionX2. For this reason the liquid coolants are guided through the whole system thanks to various custom acrylic plates, ultimately presenting themselves in the large reservoir in the shape of the 8Pack logo where all the liquid coolants and pumps finally come together. An absolutely unique show which is unrivalled in every respect including not only design and performance but also for its extremely quiet functioning". 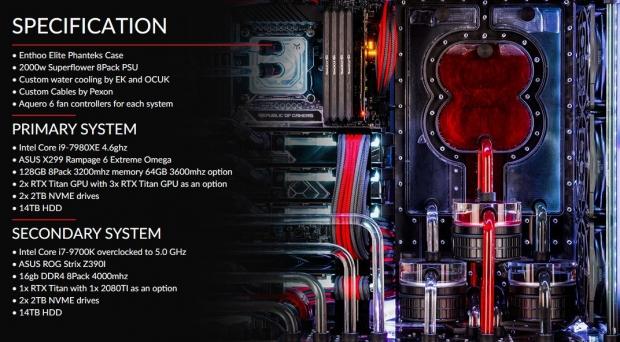 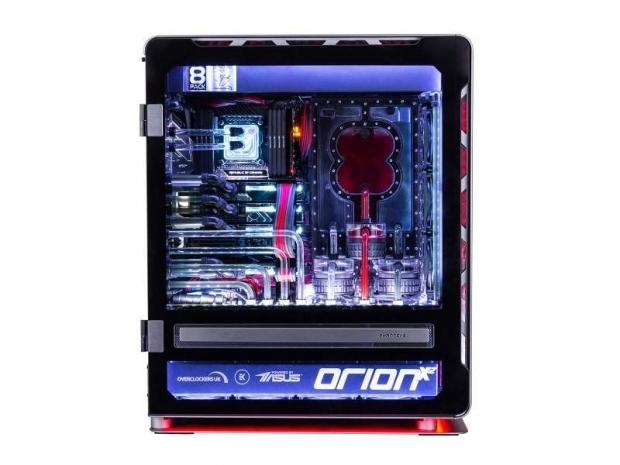