Valve have realized the grim truth of their video content service on Steam and now the company has now made an official statement saying their are planning to "refocus" what content is seen on their service. 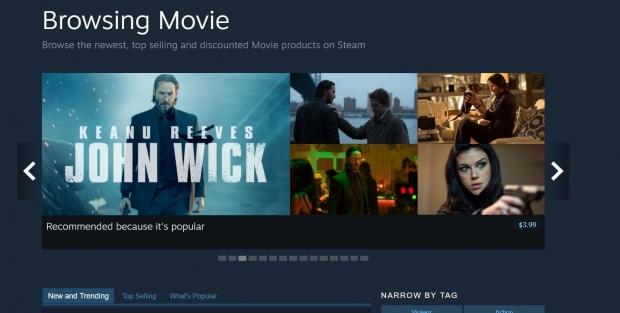 In a brand new statement onto the Steam blog, Valve have addressed the video content side of their service. While the original thought behind the Video section was to expand Steams horizons into movies, documentaries etc, the idea wasn't well-received by the community. According to the blog post by Valve, after reviewing the traffic for what users were watching in the video section it became clear to them that they needed to "refocus" their efforts into what content is seen.

The decision that was finalized by Valve was that "over the coming weeks a number of non-gaming videos will be retired and will no longer be available for purchase." The content that will be seen in the video section will now be "directly related to gaming or, is accessory content for games or software sold on Steam." Ultimately Valve have "retired the Video section of the Steam Store menu with an expectation that video content is discovered via the associated game or software store page, or through search, user tags, recommendations, etc." It should be noted that all previously purchased video content will still be available to watch through Steam after the discontinuing.