AMD is ready to take a proper swing at NVIDIA with its upcoming next-gen Navi GPUs, which were reportedly launching in July with the first rumors and then the new 'it's launching in October' rumor surfaced that seems to be squashed with yet another rumor. 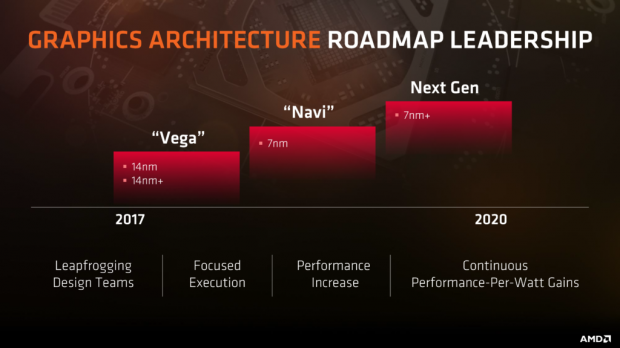 The latest on Navi is that it will launch on July 7 which would see AMD using as many 7s as it can to launch Navi, with Navi coming on 7nm (one) and then the rumored 7/7 launch (two, three). If AMD launches a mid-range 'Navi 7' GPU there could be four 7s which would be quite the trick from AMD. The mid-range Navi GPUs will compete with NVIDIA's soon-to-be-released GeForce GTX 1160 Ti graphics card, and whatever other GTX 16 series cards that I'm sure will launch in the coming months.

It looks like AMD will launch its new Navi range of graphics cards during Computex 2019 alongside the second-gen Zen 2 architecture and Ryzen 3000 series of CPUs. It will be a big event for Team Red as they'll have a bunch of new products to launch that will have consumers and gamers alike excited.