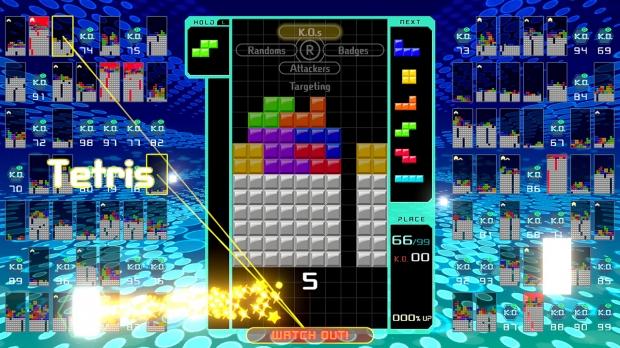 Switch Online was always different than competing services like Xbox LIVE or PlayStation Plus. For one, it's a lot cheaper at $20 a year. Secondly, Nintendo dusts off its archive of NES classics and releases 3 free retro games every month to the service. But now we're seeing Switch Online morph closer to other subscriptions with free third-party games made specifically for the console. This is a trend that should continue and attract a lot of gamers to the service.

Announced during the recent Nintendo Direct showcase, Tetris 99 is the first blast in Nintendo's subscription-boosting arsenal. The library of NES games is a big reason why gamers buy into the service, ditto for the online multiplayer, and Tetris 99 fits into both of those categories with one of the most addictive games ever made.

The free to download online software, Tetris 99, is available as a special offer for Nintendo Switch Online members. In large-scale, 99-player battles, it'll take speed, skill, and strategy to knock out the competition and become the last player standing. You can target opponents by sending them Garbage Blocks, but be careful...your rivals can target you back! Defeat opponents to acquire KO badges that may give you the advantage on future attacks. Survive the onslaught and look forward to upcoming online events!