Google seem to be experimenting with adding the 'dark mode' feature to Android devices on the Google Chrome app, screenshots have revealed the feature in beta form. 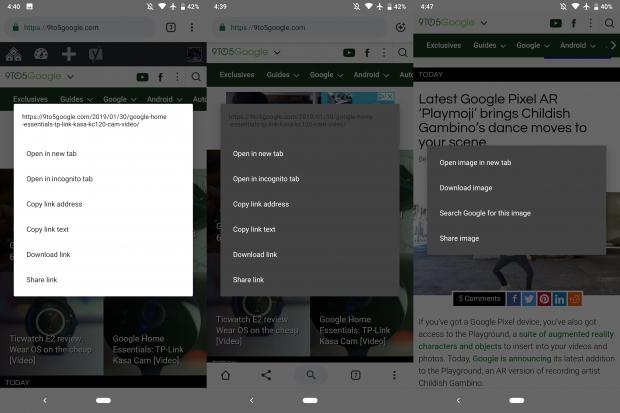 In the latest beta testing for Chrome (Chrome 74 beta), Google seem to have added the start of the extremely popular night mode to Android devices. For users that don't know what 'night mode' is, it's an option that browsers and many websites have picked up recently to ease eye strain for their user-base. Websites such as Twitter and Reddit have already adopted this feature and it has proven quite popular among its users, with some users just leaving the feature on even when its day time.

9to5Google has found that Chrome 73 beta now comes with this feature, but it's still in its quite early stages. The above image shows a side-by-side comparison between the mode being turned off and turned on. According to 9to5Google, this feature is only available when Android Pie's 'night mode' setting in the 'developer options' is set to 'always on'. It should also be noted that this feature has only been spotted in menus, and as shown in the above image is it's lack of completion for the time being, as the text still appears black even though it should be white to contrast the effect.