Yesterday I reported on the images that was released from the event between Hideo Kojima and Guerilla Games. To give a little quick synopsis of why this has all happened, Kojima decided to develop his Death Stranding on the Horizon Zero Dawn engine, Decima. The decima source code was given to Kojima in the above picture of a box, Kojima returned yesterday to Guerilla with the demo of Death Stranding in the same box.

The story has now deepened as Kojima Studio's Head of Marketing and Communications, Aki Saito tweeted the above image showcasing a close up of the box. The caption to the image reads, "Showed the first 2 hours of gameplay to our Guerrilla brothers. Yes, Hideo was demonstrating it! (The game is not fully completed...yet)" This statement from Saito confirms that the first 2 hours of Death Stranding is complete.

With most other games, usually from a statement such as this one we could give a rough estimation of how long it would be until the game is completed. Since we have no prior knowledge of how long Death Stranding is planning on being, its very hard to predict how long Kojima Productions is into their development process. We certainly hope to hear more about it soon. In other news about Death Stranding, God of War's Director, Cory Barlog has also seen the Death Stranding demo, check out that article here. 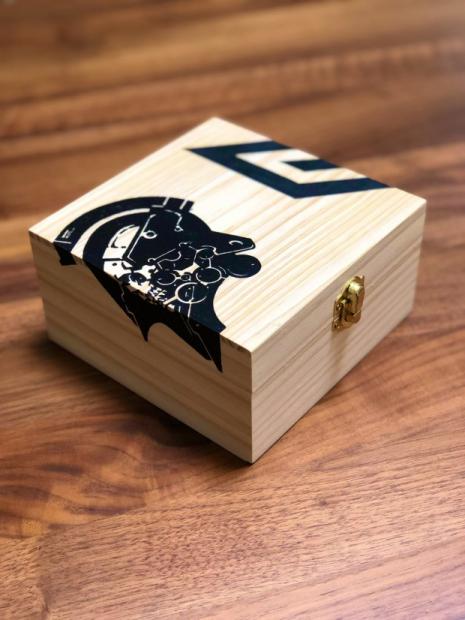