CES 2019 - ASUS has just unveiled its new flagship ROG MATRIX GeForce RTX 2080 Ti graphics card with one of the most unique cooling systems on the market, with ASUS using something it calls an Infinity Loop which has been done before, but not like this. 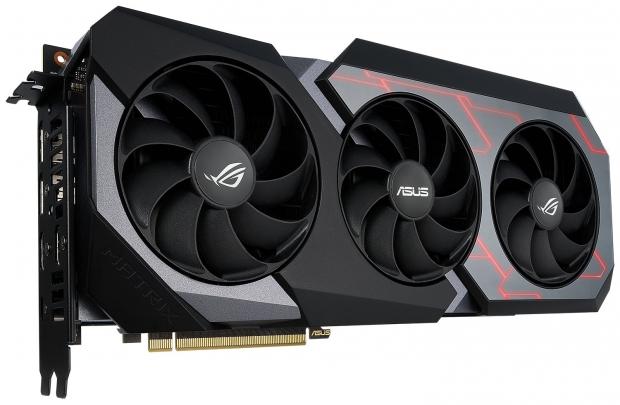 The new ASUS ROG MATRIX GeForce RTX 2080 Ti is said to keep the Turing GPU and its GDDR6 memory as cool as a huge 240mm radiator would, so this is big, really big for ASUS to claim. ASUS has had to make a beefy card to get this much cooling tech into a 3-slot design, with the shroud using 3 x axial blade fans that were introduced with the first wave of GeForce RTX 20 series STRIX graphcis cards. 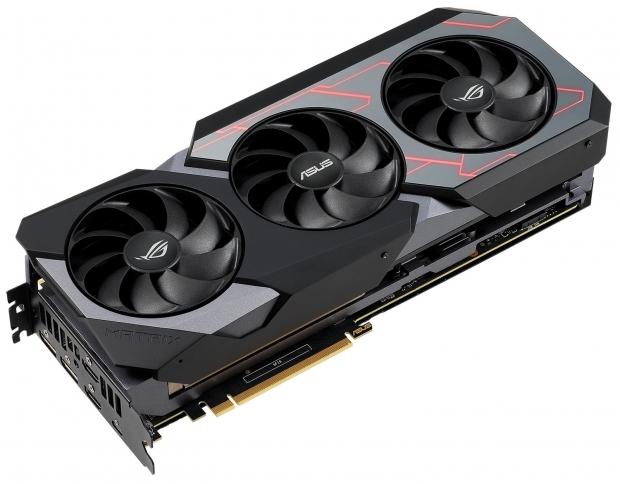 The front of the card has laser-etched design accents that look super awesome with LEDs running through them, and a black and silver style on the front. The RGB lighting can be controlled with ASUS' own Aura Sync RGB software. 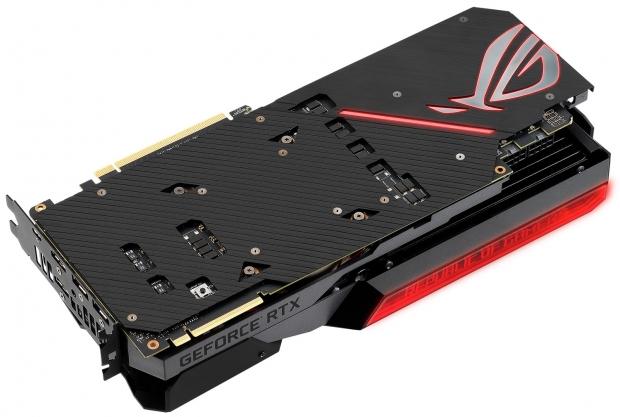 Out of the box we're looking at the new ASUS ROG MATRIX GeForce RTX 2080 Ti rocking boost GPU clocks of 1815MHz, which increases the normal 14.2 TFLOPs of compute performance to 15.7 TFLOPs, but no gaming numbers were provided just yet. We can expect that manual overclocking will be pretty damn good on this card, but whether we'll see records broken with it in stock form and not ripped apart and put under LN2 is another question.

Rounding out the card we have some impressive VRMs and cooling on the card, which will be taking juice from 2 x 8-pin PCIe power connectors. The normal display connectivity is 2 x HDMI 2,0b, 2 x DP1.4, and VirtualLink connectivity.