There's a lot to like about Remedy's new IP Control. First off, it's set in a strange haunted house that's the nexus of countless inter-dimensional gateways, and channels major pop-culture sci-horror like Twin Peaks, Outer Limits, X-Files, Twilight Zone, and even some Matrix-style world-bending manipulation.

Secondly, even though it's primarily a third-person action-based game with genuinely chaotic-looking combat, it's steeped in otherworldly weirdness that's often intriguing as well as creepy and macabre. We have freaky environments with strange dimensional growths that're frozen in time and strange multi-armed abyssal horrors roaming around like a modern-day Lovecraft novel.

The latest trailer touches upon the world of Control and delivers a brief but interesting glimpse at the strange, strange playground Remedy is making. There's also a nice piece of backstory lore thrown in that gives more context to the mind-bending game:

"August 4, 1964. Bureau Agents discovered the Oldest House, investigating an Altered World Event case in the New York City Subway tunnels. It's a place of power. From the outside it looks like an ordinary building, a Brutalist skyscraper, but inside it breaks the laws of our reality, unstable, mad and shifting. There are rooms in the building, where other dimensions leak in. We call these rooms Thresholds.

"There is a connection between our minds and the unknown, often hostile, forces intruding on our world. These forces gravitate toward everyday objects: a gun, a television, a house with a reputation of being haunted. So, somehow, we affect these events. We're holding the key but we don't have a clue on how to use it.

"But there's something in us, in the dreams we dream, in the conceptual reality we power with our minds. What's the cause and what's the effect? Are we the starting point, or just a necessary evil in this? We're dealing with dangerous, unknown forces here. We're on a mission to find answers to these questions... or we die trying.

"This is Zachariah Trench, The director of the Federal Bureau of Control."

Control launches sometime in 2019 for PS4, Xbox One and PC. Check below for more information:

After a secretive agency in New York is invaded by an otherworldly threat, you become the new Director struggling to regain Control.

From developer Remedy Entertainment, this supernatural 3rd person action-adventure will challenge you to master the combination of supernatural abilities, modifiable loadouts, and reactive environments while fighting through a deep and unpredictable world. 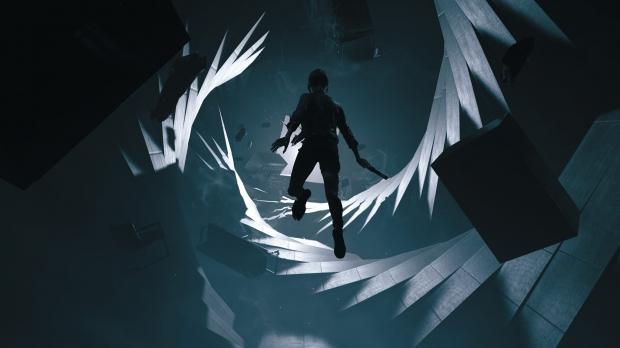