Capcom has debuted a brand new trailer for the coming Devil May Cry 5, the new trailer is based around the mysterious character V and his unique abilities.

The new trailer has been released through IGN and gives us a look at the character V and his unique methods of dealing with enemies. V can summon three different types of demons to assist him in battle, the demons take shape of a Griffon, Panther and a giant monstrosity. We also see closer to the end of the trailer that V has a motive of some-sort to kill Dante, more dramatically at the end of the trailer we see V stabbing Dante with giant sword.

The panther like demon has extreme agility and can transform into sharp blade like needs. Griffon resembles something of a bird, it takes from the air with physical attacks as well as lightening and can also can carry V to new heights. The giant demon V has in his arsenal is the strongest and most powerful out of his collection, it seems that V rides this beast and it has the power to take out basically anything in its path. If you are interested in checking out another Devil May Cry 5 trailer, check out the HYDE Collaboration trailer here. Devil May Cry 5 will be released onto the PC, Xbox One and PS4.

"V may appear weak next to Nero and Dante, but he has the ability to unleash a unique fighting style that sees him summon three different demons to assist in battle. Utilizing a combination of all three demons' powers, players can take their enemies down to the brink of death, allowing V to swing into battle and finish them off with a devastating cane attack." 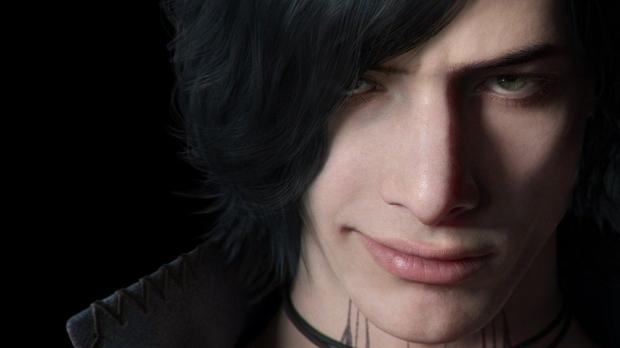