ZOTAC has done an accidental oops that was quickly removed, teasing for a moment a purported GeForce GTX 1070 that features GDDR5X memory like the bigger brother in the GTX 1080. 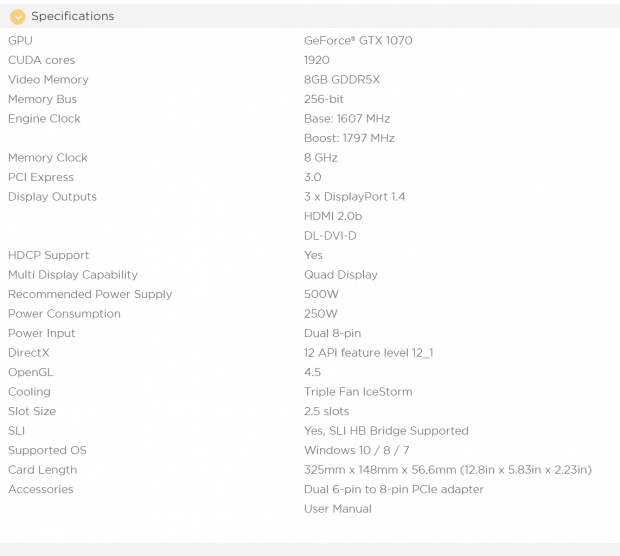 The leaked model continues to pack NVIDIA's GP104 GPU which features 1920 CUDA cores, but the big change here is the 8GB of GDDR5X memory. VideoCardz has noticed that the GDDR5X-based GTX 1070 from ZOTAC has a TDP of 250W, which means this is just a GTX 1080 with artificially disabled CUDA cores. This would be strange, but NVIDIA could have an excess of GTX 1080s that they want to get rid of, so they could disable CUDA cores and release a GeForce GTX 1070 with GDDR5X.

NVIDIA could also have a crap load of GDDR5X memory left that it can't use, since GDDR6 is the way forward with the GeForce RTX series graphics cards. Whatever is happening, we could expect a GDDR5X-based GeForce GTX 1070 to be unveiled in the very near future.