Valve has decided to make their title Counter-Strike: Global Offensive completely free-to-play and to compliment this recent announce the developer has brought Battle Royale to CS:GO. 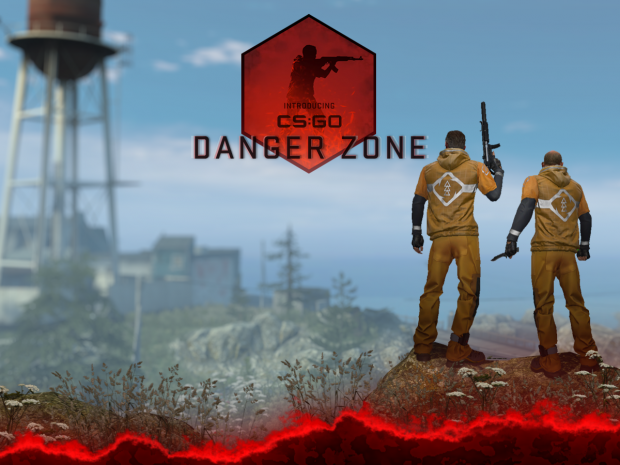 Diving into the description for Danger Zone, players will be joining a solo match will only be in a lobby with a total of 16 players. Due to this small amount of players, matches are only expected to last around 10 minutes but will incorporate all aspects of a typical battle royale experience.

For those Counter Strike players that are wondering if guns and weapon damage will be the same as they are in normal Counter-Strike games, don't stress, all weapon damage is the same. "However, since Danger Zone players can have up to 120HP, they may survive encounters that would otherwise be deadly." If you are interested in checking out more information on Danger Zone, visit the official website here. If you want to visit the Counter-Strike: Global Offensive Steam listing, a link can be found here.

Introducing Danger Zone - a fast-paced battle royale game mode built on the tactical gameplay of Counter-Strike: Global Offensive where players use their wits, skill, and resources to fight to the finish.

Choose your entry point, explore Blacksite, and uncover its secrets. Find equipment, money, and watch the skies for special deliveries. Explore your environment and complete special missions to out-earn your rivals. Carry a hostage to the rescue zone to earn a cash bonus. Contracts give you extra cash for eliminating a high-value target.

Safes contain cash. You don't have the combination, but you might have some C4...

Your personal tablet is the key to success. Upgrade your tablet: gain detailed intel on the looming Danger Zone. Track opponents' positions, track your deliveries and chart a path to avoid the Danger Zone. Every engagement is under your control. Use your intel to engage an enemy, or fall back to a safe position.

Every round is different. Identify opportunities on the buy menu and out-gun your opponents.

No Time to Waste:

Test your skills, make the most of your equipment, and make every moment count.

Delivery drones sometimes have a mind of their own, but always manage to find you outside when you need them most.

Every match features a set of pistols, rifles, SMGs and heavy weapons from CS: GO's classic arsenal. Resources are scarce; commit to your first weapons, or plan ahead for something with more firepower. Every bullet counts.

Get creative with breach charges, plant-anywhere C4, throwable melee weapons, and more. A boost from your Medi-Shot helps you recover quickly and get back in the fight. Manage your health wisely to win. Administering a health shot will give a temporary speed boost, which can come in handy while evading an attacker.

How many players are in a match?

How do I play as a squad?

You can play with friends by joining their lobby in the main menu. Play Danger Zone as a two or three-player squad, and you'll be matched against other squads.

How long do matches last?

Do weapons behave the same as they do in other Counter-Strike: Global Offensive game modes?

Yes. CS: GO's guns have the same behavior and damage in Danger Zone as in other CS: GO game modes. However, since Danger Zone players can have up to 120HP, they may survive encounters that would otherwise be deadly.

How is XP earned?

You can earn XP in Danger Zone by looting your environment, killing enemies and trying your best to survive.