Last week, we saw that the Star Wars Battlefront II: Battle of Geonosis official trailer released and now that the update is being pushed to the live game we have some lengthy gameplay footage released.

The above 20 minute video takes us to the frontlines of a Galactic Assault on Geonosis. We see clone troopers, Obi-Wan Kenobi's abilities, vehicles such as the AT-TE, STAP, and Barc Speeder. The video also shows General Grievous' new hero skin shattered armor and a great insight at what players will be jumping into.

Star Wars Battlefront 2 Obi-Wan Kenobi and Geonosis arrive on November 28 for the Xbox One, Xbox One X, PC and PS4 Pro. In the entirety of this post you will find each of the timestamps for the respective features that are found in the video. For more information, visit the official EA Star Wars website here. 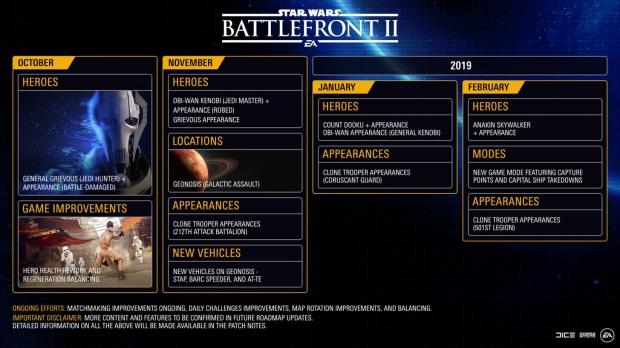