The battle royale balance of power has shifted towards Fortnite for one big reason: it's free. Anyone can play it free of charge, making it massively more accessible than $30 PlayerUnknown's Battlegrounds. Accessibility is a main pillar of proper engagement-driven live services, and with easy access comes more engagement which can then turn into more money. One analyst thinks this trend needs to bleed over into AAA gaming.

As it stands now, most AAA live games combine both free-to-play and buy-to-play at the same time. Games like Call of Duty: Black Ops 4 have a $60 entry fee despite it being a multiplayer-only game, and embrace F2P-style microtransactions for recurring cashflow. Blackout is currently tied to the full game paygate. But Activision could follow Fortnite in one key way: making Black Ops 4's popular Blackout mode into a standalone free battle royale game on consoles and PC.

In a recent interview on Josiah Renaudin's The 1099 podcast, Wedbush Securities analyst Michael Pachter made some good points about live games in general. But one point really stuck out to me. Essentially Pachter says publishers should split their games in two separate standalone entities: paid singleplayer content and free multiplayer components with microtransactions.

"There are people who want to play the singleplayer campaign in Call of Duty (this year's obviously doesn't have one). There are people who want to play just FIFA Ultimate Team. I personally think the hardcore gamers really like both, they like to play the standard singleplayer campaign mode and they like to play multiplayer. So [as a publisher] you can justify that by charging $60 for campaign mode but make all the multiplayer aspects free. Bring people in and get them to spend money as they go," Pachter said on the show.

"And you'll see that audience expand, since it's free, to 100 million people and they'll suddenly be generated $20 million or $30 million a month more."

Publishers are exceedingly narrow-sighted about monetization, though, and seem resistant to certain changes. In order to grow the market, major games-makers must be willing to adapt and experiment to evolve the business. But why risk messing up a billion-dollar business? It's simple, really: to turn $1 billion into $2 billion. 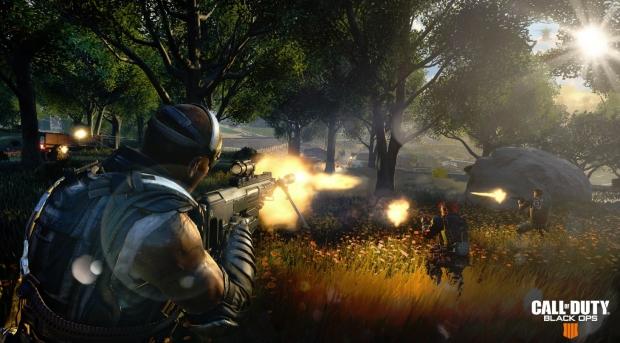