The release of Darksiders III is closing in and ahead of the games' launch we have two brand new trailers that have been released onto the Darksiders YouTube Channel.

First and the above video gives us some background history regarding the four horsemen and what is required of them to bring balance. We see War, Death, Strife and Fury and the narrator gives us short descriptions of each of the horsemen and the influence that they play. Players will be playing as the blood-thirsty Fury, here is a short description on her "Return to an apocalyptic Earth in Darksiders III, a hack-n-slash Action Adventure where players assume the role of Fury in her quest to hunt down and dispose of the Seven Deadly Sins."

We get to see Fury in action in the below trailer within the entirety of this post. We get to see quite a lot action as Fury hacks-n-slashes her way through a variety of different enemies. We also get a quick tease at a transformations that Fury can make, we cwccftech.com/darksiders-iii-opening-cinematic-trailer/?fbclid=IwAR1j1ZzQsEINRhkVx5w9CCHLpPgqM3jZ6uDP8xCHn4tCBEGMozWs0z_rLXAan spot her in a complete fiery form as well as a purple form. Darksiders III will be released on PC, Xbox One and PS4. THQ Nordic and Gunfire Games will be releasing Darksiders III on November 27th.

"Return to an apocalyptic Earth in Darksiders III, a hack-n-slash Action Adventure where players assume the role of Fury in her quest to hunt down and dispose of the Seven Deadly Sins. The most unpredictable and enigmatic of the Four Horsemen, Fury must succeed where many have failed - to bring balance to the forces that now ravage Earth. Darksiders III is the long-anticipated, third chapter in the critically-acclaimed Darksiders franchise." 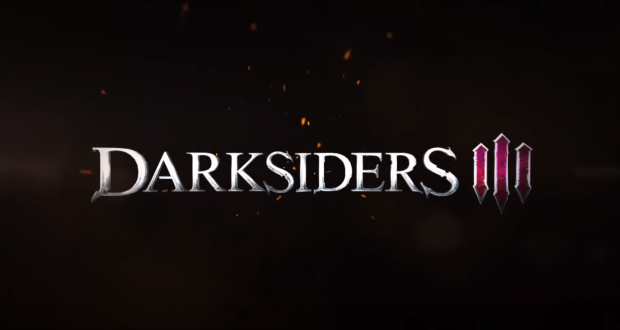