Epic Games has just revealed that the latest update to Fortnite in v6.30 will include a new objective-based multiplayer mode that is called Food Fight, in a blend of capture the flag and a protect-the-VIP modes. Check out the teaser video below:

Fortnite's new Food Fight game mode will see 12v12 teams that will start on their respective sides of a huge barrier, with each team protecting their respective mascot (Durrr Burger or the Tomato Head) with the barrier stopping either team from entering enemy territory for many minutes in the opening of the game, where players can build fortification to protect their mascot.

Food Fight will see you battling in the Durrr Burger and Pizza Pit, as you build defenses to defend your mascot and attack the enemy mascot... but no, well, food fights? This is a disappointment, it would've been awesome to have actual food fights in a Fortnite update called Food Fight.

Anyway, the new Food Fight update for Fortnite is for a limited time only, so jump into it now before it gets thrown away. 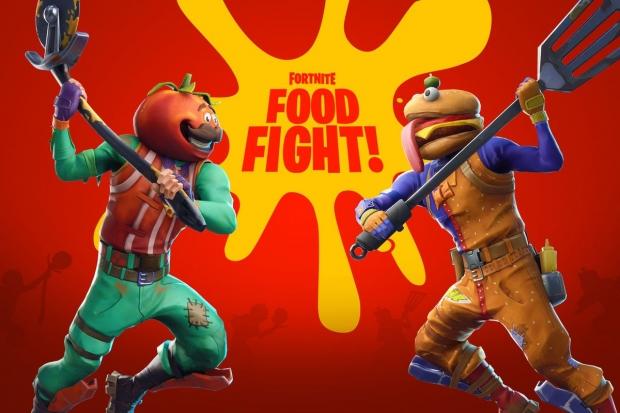