Bandai Namco has released a new trailer for Soulcalibur VI, the new trailer introduces and showcases the very popular NieR: Automata character, 2B.

For those that don't know, 2B is the main protagonist in Square Enix and Platinum Games' NieR: Automata. 2B is a YoRHa android and was created to fight and destroy the machine invaders that have come to earth. Looking towards the trailer now, we can see 2B using a variety of moves both throughout the air and also on the ground, she is of course equipped with her dual blades Virtuous Contract and Virtuous Treaty.

According to the announcement, 2B will be coming to Soulcalibur VI with her own stage and background music as well. If you aren't caught up on the Soulcalibur VI news, check out every character trailer for the game here. If you want a bit of background knowledge on the recently released title, check out the Swords and Souls documentary video here. Soulcalibur VI is currently available on the Xbox One, PS4 and PC. 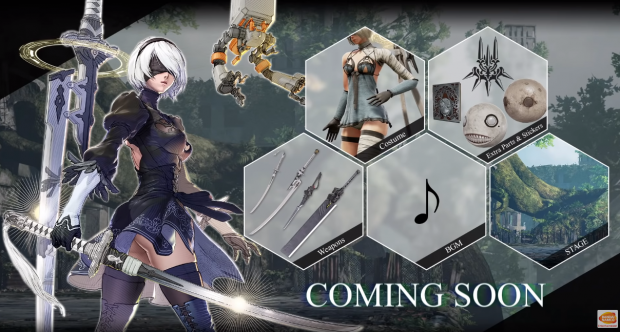