With its new $150 Amico console, Intellivision aims to do what Atari's doing with its new Atari VCS platform.

In a sea of retro nostalgic throwbacks like the upcoming $100 PlayStation Classic, the Intellivision Amico wants to do something different. Rather than making a static, offline-only system with old-school games, Intellivision is creating its own gaming ecosystem with its Amico console as the nexus (a light example would be how Sony's PlayStation Store and subscriptions all revolve around the PS4).

As far as a plan goes, the Amico shares lots of similarities with Atari's VCS business strategy. The Amico will connect to an online storefront that sells digital games, like the VCS, and actually has a kind of online framework to engage users with online multiplayer, leaderboards, and achievements. 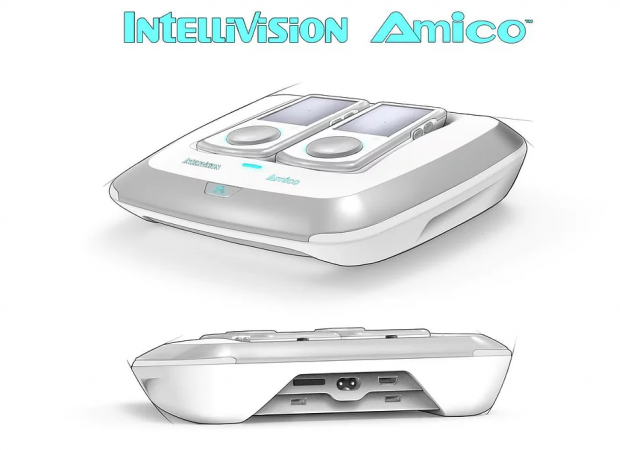 Exact specs of the $150 console have yet to be revealed, but it will indeed be a modern system that plays both retro games and new games made by indie partners. A lot of the Amico's games are "reimagined" or "remade" exclusively for the console, and one surprise example is a slew of Atari games like Centipede and Asteroids, and even hits like R-Type and Toejam and Earl. The latter should be fun via online co-op.

The game selection is built around accessible family-friendly fun. Every game will be rated E for Everyone or E 10+ so parents don't have to worry about what their kids are playing.

"Not only will the Intellivision Amico bring the fun and simplicity of classic gaming to modern day, but an entire plethora of completely brand new games and franchises are currently being created by game developers and game publishers around the world using the same core principles of sensible, simple and fun," reads the announcement post.

The Amico's games will be sold for $2.99 - $7.99 and Intellivision promises that no microtransactions, DLC, or lootboxes will ever be present--that means no tricky monetization tactics and just raw game sales.

Check below for more information about the Intellivision Amico:

Launch to include several built-in reimagined Intellivision Classics (pre-installed in every console) and over 20 games including both reimagined industry classics and brand new exclusive titles via the Intellivision Online Store.