Ubisoft's Starlink: Battle for Atlas has just be released and it appears Nintendo Switch owners have taken quite a liking to the Fox featured title.

For those that aren't aware about Starlink: Battle for Atlas, Ubisoft has teamed up with Nintendo to bring fans an exclusive collaboration (for Switch owners only) with the classic character Fox McCloud. Players will be able to experience "heroic interstellar pilots, dedicated to saving the Atlas star system from the Forgotten Legion, an evil robot force."

Now that you have a quick run down of what the game offers, lets jump into how the sales are fairing for the title. According to the UK sales charts, the open world space game has made its way to number 14 on the physical release sales charts for Q4. Despite its slow start physical sales wise, we can already tell which platform the title is most popular on. According to Games Industry, 82% of the sales for Starlink: Battle for Atlas has been from the Nintendo Switch, just 10% have been on the PS4 and 9% on the Xbox One. It appears that the decision to feature exclusive Fox McCloud content on the Nintendo Switch version has paid off considerably well. 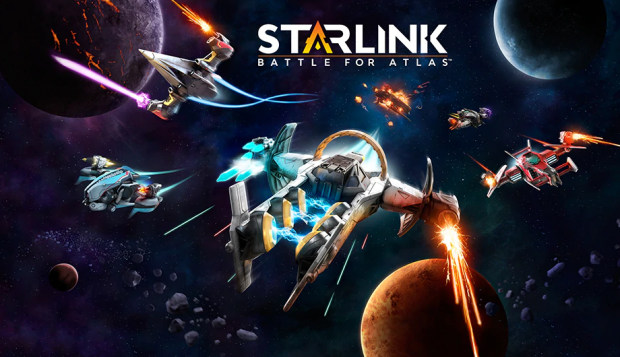