Samsung should have an absolutely huge year in 2019, with the release of its next-gen Galaxy S10 and Galaxy Note 10 smartphones as well as the world's first smartphone in the purported Galaxy F that should launch by year's end, or very early in 2019.

But what can the South Korean giant do differently going into the future that makes people upgrade from their older Galaxy S8, or even people who recently purchased the Galaxy S9 or any of Apple's new iPhones sit up and go 'oh, wow'. Well, one of those things not having a stupid bloody notch - which seems to be quickly becoming a trend. Samsung is rumored to instead be using an under-display front-facing camera, which should be joined by an in-display fingerprint sensor.

According to Samsung Mobile News, the company is working on a front camera that would be underneath the display, with the tipster posting on Twitter: "Samsung is working on a new technology trying to hide the front camera underneath the display. My sources told me that there are just a hand full of prototypes using this technology. I don't think we'll see this feature in retail phones until 2020, but who knows". 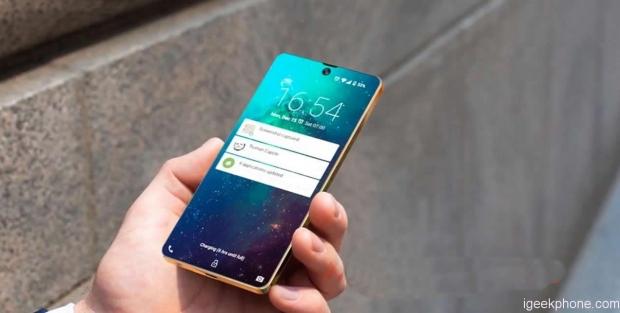