According to the recent announcement, players over the age of 17 will have the opportunity to participate in a world-wide treasure hunt. Participants will be have to follow clues scattered throughout the internet and the real-world. Players will have to follow @Diablo on Twitter to receive clues, from these clues players can redeem Dibalo themed prizes from Blizzard.

Some of the prizes that will be given away throughout the treasure hunt are: Nintendo Switch Diablo III Eternal Collection Bundle, digital copies of the Diablo III for the Switch, replicas and much more. If you are interested in checking out the official Dibalo treasure hunt page, a link can be found to website here. If you want to check out the clues that have already been released, visit the official Diablo Twitter page here. A full list of the rewards and prizes has been provided in the entirety of the post. The event will begin on 9:00 a.m., Pacific Daylight Time (PDT) on October 15, 2018 and finish on 9:00 AM Pacific Standard Time (PST) November 9, 2018. 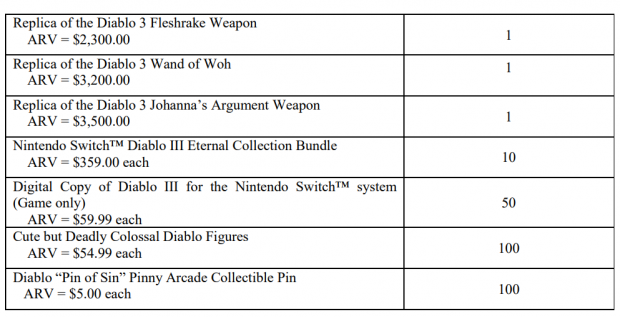