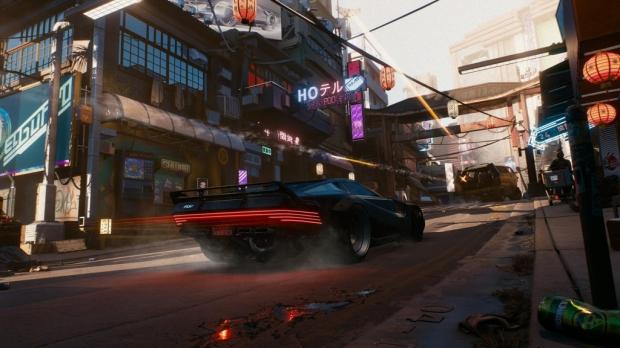 We've long suspected Cyberpunk 2077 would have some sort of online component. After all, the Polish government granted CDPR $7 million to help create things like "seamless multiplayer" in the sci-fi game. Now the studio announces they've teamed up the online game experts at Digital Scapes.

This isn't uncommon in the games industry. Big-name studios often collaborate with outside teams to help bring their visions to life, especially incredibly dynamic and massive open worlds like Cyberpunk 2077. Digital Scapes specializes in a number of fields and has a lot to offer CDPR, especially multiplayer gameplay programming and cloud services management, both of which the Polish devs may not be familiar with on such a grand scale as Cyberpunk demands.

Coupled with the aforementioned grant, this partnership strongly hints Cyberpunk 2077 could have some sort of online interactive mode. We're guessing it'd be more co-op based with special missions and the like, or perhaps even PvP style. Remember that CD Projekt RED has spent countless years making the game and adding an online component would ensure a longer tail for sales and possible DLC releases.

Night City is a huge living, breathing city with dynamic AI and unique encounters. It's possible this sci-fi metropolis could be the foundation for an online mode similar to Los Santos in GTA Online. CDPR has said that Cyberpunk 2077 will be singleplayer-focused, but some optional online mode could continually breathe new life into the game over time.

The studio says it will work alongside Digital Scapes to "create and optimizing technological solutions."