Capcom is making a feature-length film based on its titanic Monster Hunter game series, and now it's released a few new tidbits about the adaptation. 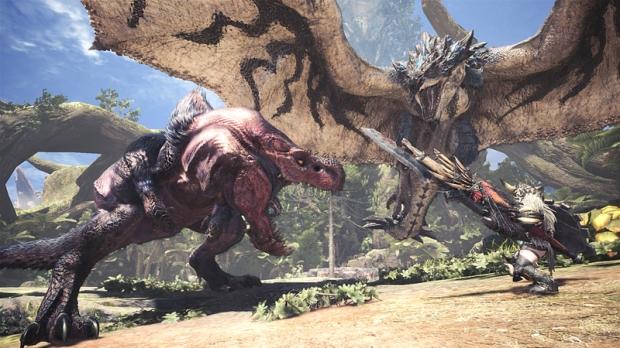 Making movies out of video games is quite difficult and often goes awry. But Capcom and Toho are keen to try, and they're working with the Resident Evil movie vets at Constantin Films to make it happen. We've known about the Monster Hunter movie for quite some time now--Milla Jovovich will star, and RE director Paul W.S. Anderson has been tapped to write and direct (which could go either way).

Here's what Capcom said in a recent press release: "The film will depict two protagonists who come from different worlds and must cooperate in fighting monsters in order to survive. It is being produced by Constantin Films, and has Paul W. S. Anderson, known for the series of Resident Evil films based on Capcom's games, on as both writer and director. Toho will distribute the film in Japan."

Capcom arguably doesn't really need to make a Monster Hunter movie, and a bad film could blemish the series' stalwart sales and public perception. Monster Hunter World, the newest MMO-style game in the franchise, is now the best-selling game Capcom has ever made. I think it's fair to say everyone knows what Monster Hunter is already, but it's not uncommon for studios and games-makers to plan transmedia cross-overs in a bid to maximize mass market exposure.

Nintendo is doing the same thing with its new Super Mario CGI movie, and so is Microsoft with its Halo TV series. And of course Capcom is no stranger to this trend with its medley of Resident Evil movies.