AMD has just created massive buzz for CES 2019 by announcing that it will "catapult computing, gaming, and visualization technologies forward with the world's first 7nm high-performance CPUs and GPUs, providing the power required to reach technology's next horizon". 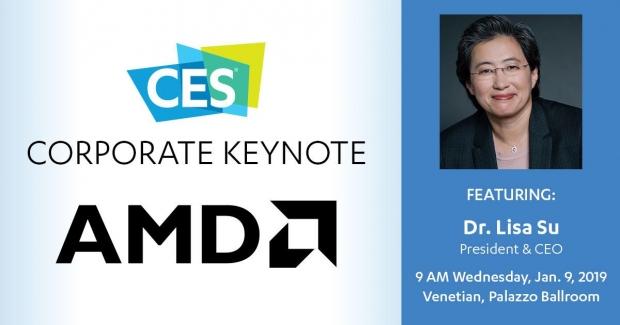 We should expect the world's first 7nm CPU to be fully unveiled and shown on stage with the next wave of EPYC processors, as well as the world's first 7nm GPU that should take form as Vega 20 inside of a new Radeon Instinct accelerator. The new EPYC 'Rome' 7nm CPUs should come with 64C/128T of processing power, utterly demolishing Intel with its flagship 28C/56T processor that is still stuck on the 14nm node.

10nm won't be a thing for Intel until late 2019 giving AMD a process node leadership it hasn't had in a decade. Meanwhile, NVIDIA has just unleashed its new Turing GPU architecture on the 12nm process, with 7nm GPUs coming from NVIDIA in 2019. AMD will be ahead of both of their main competitors for process node technology, and this is something that AMD should be shouting from the roof tops, or in this case the Venetian in Las Vegas on January 9, 2019 at 9AM.