Slocap and Devolver Digital, the developer and publisher respectively have released a brand new free DLC for their online melee brawler, Absolver. The expansion is titled Absolver: Downfall and will be completely free to anyone that already owns a copy of the original Absolver.

The DLC will be packing a punch with the amount of content it will be bringing players. A new mode has been added and it has been titled 'Downfall PVE mode' and will be "available in the Combat Trials menu to all players that reached the Absolver rank." Players can choose between a solo experience or online cooperative play, the mission is "collecting Gleam from Prospects infected by Arcell." This will then result in players having the option to "unlock new items in the Essence Shop, as well as the Faejin Combat Style."

The new DLC also adds a new combat style titled, the Faejin Combat Style. This new combat style has been "inspired by Bruce Lee's Jeet Kune Do" and combines both defensive techniques and offensive techniques to produce powerful fluid strikes. "The new approach is a complex style for experienced Absolvers, featuring different defensive abilities that depend on both input and stances. Faejin has 26 attacks for bare hands and wargloves, alongside 15 sword attacks." The Absolver: Downfall DLC is currently live, jump into the action and test your luck.

For further information regarding 'Downfall', visit the official Absolver website post regarding the DLC and patch notes here.

Battle deep in the mines of Adal as a solo warrior or in online cooperative play, collecting Gleam from Prospects infected by Arcell, an Etheran bent on breaking the Fold's containment.. The more Gleam you capture, the more powerful you become in your struggle to defeat the Corrupted, and even Arcell himself. Each run through the Mines and Temples is a unique path through a variety of challenges and situations, facing upgraded enemies, and three epic boss fights.

This mode is available in the Combat Trials menu to all players that reached the Absolver rank. Collecting Gleam in Downfall runs will allow you to unlock new items in the Essence Shop, as well as the Faejin Combat Style.

Inspired by Bruce Lee's Jeet Kune Do, the Faejin Combat Style blends defense and offense with percussive strikes and fluid power. The new approach is a complex style for experienced Absolvers, featuring different defensive abilities that depend on both input and stances. Faejin has 26 attacks for bare hands and wargloves, alongside 15 sword attacks.

This Combat Style will be unlockable in Downfall PVE mode.

Absolvers who have reached the Disciple rank in a school (or who are Mentors of their own) can participate in School Challenges, by equipping all their School Content before heading to 1v1 Combat Trials. All wins representing one's school count in the School challenges, with individual and collective performances of the schools bringing rewards every three weeks, at the end of the season.

For the occasion, the overall UI of the School system was revisited and we hope you'll like it!

Here are the names of the new sets you'll be able to purchase from the Essence Shop.

Our Mask Design Contest Winner, Ripan Assassin Mask will be available in this patch too :)

All AIs in game have been reworked, so the changes detailed below will also impact the original NPCs and Bosses in the World!

The major balancing changes made are the following: 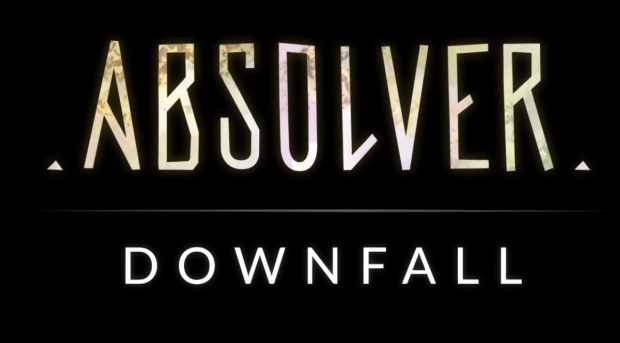