Jump Force, the upcoming anime fighter from Bandai Namco has had its collectors edition and pre-order bonuses revealed. Will you be paying $260 for a 30cm tall diorama? 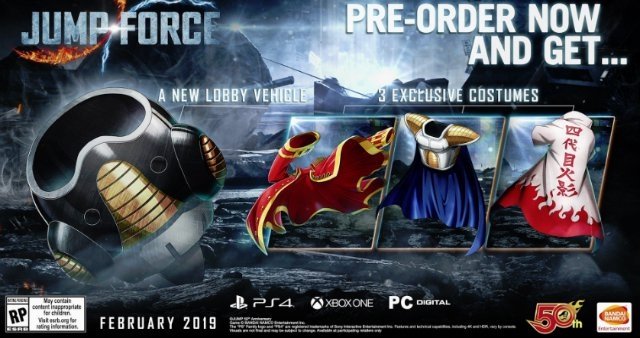 From the released images we can see that Bandai will be bringing players that pre-order Jump Force three exclusive in-game costumes. The three costumes will be from the three biggest anime franchises, One Piece, Dragon Ball and Naruto. Players will also get a Frieza Hover Pod which can be used to cruise around in the lobby.

For players that want to step it up a notch there is the collectors edition. Users that get the collectors edition will have to throw down a total of $260, they will receive a 30cm tall diorama of Goku, Luffy and Naruto. Players will also get a physical copy of the game, a steel book case and three art boards that feature Goku, Luffy and Naruto. Jump Force is planned for release on the Xbox One, PS4 and PC sometime in February 2019. If you are interested in picking up either the Collectors Edition or just a standard pre-order, visit the Amazon listing here. 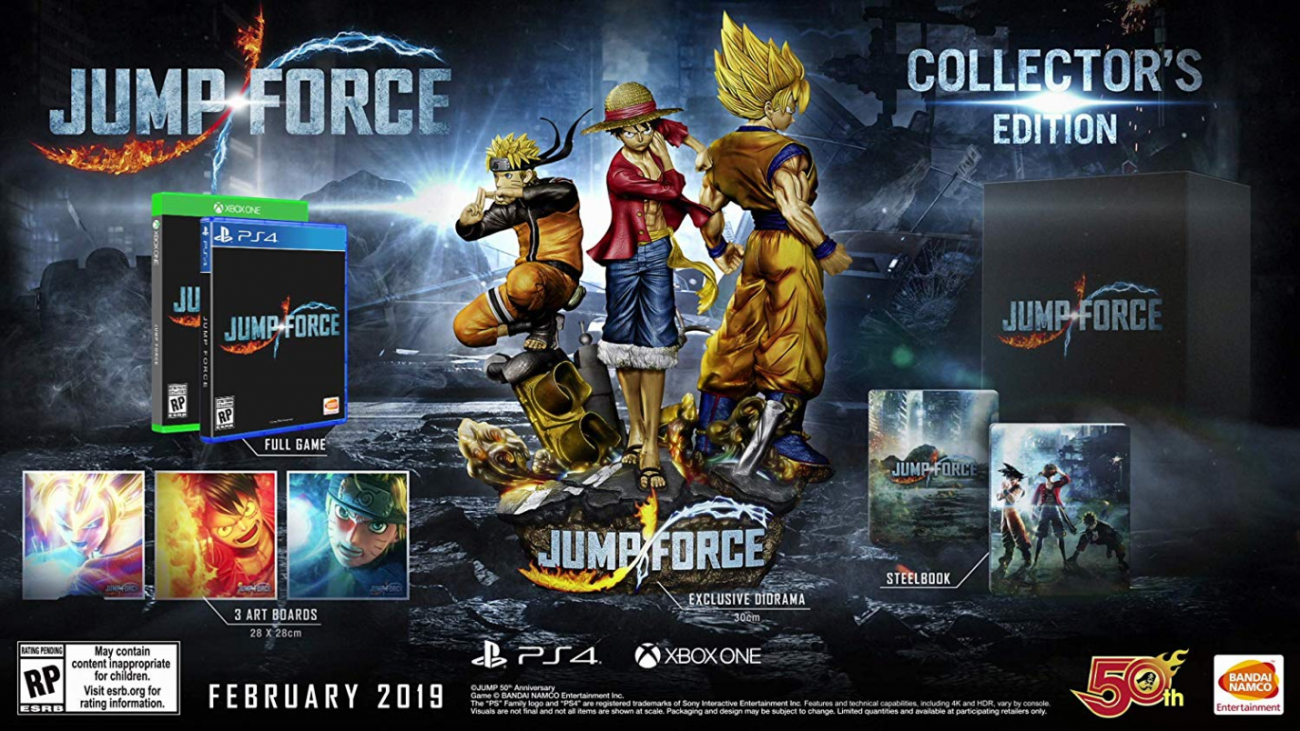