The mini-console war is in full pelt, and Nintendo might swing back at Sony's new PlayStation Classic with a new (old school) system of its own. 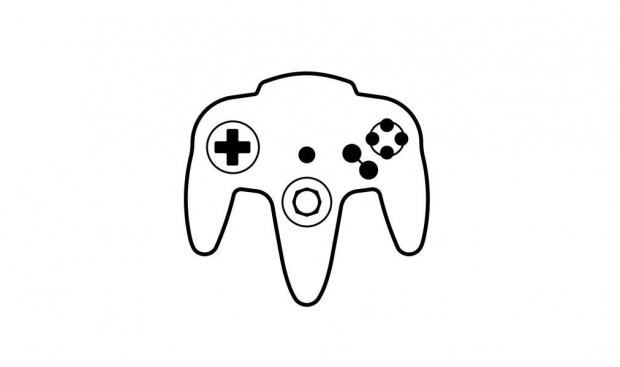 Back in July 2017, Nintendo filed a trademark for an Nintendo 64 controller image. The trademark's style closely resembles those used on Nintendo's mega-hit NES and SNES Classic Edition micro-consoles, signalling a new low-cost retro system is on the way. On August 30 that trademark was approved and published on the European Union Intellectual Property Office.

Scouting the trademark yielded some interesting results that strongly support an N64 mini is in the works (and maybe something else). The EUIPO partially objected to the registration back in January because it didn't look enough like an actual Nintendo 64 controller. The trademarked image is missing the left and right bumpers, for example, and doesn't have the embossed "Nintendo" logo on it.

The Office raised an objection on 01/08/2017 pursuant to Article 7(1)(b) and Article 7(2) EUTMR because it found that the trade mark applied for is devoid of any distinctive character for the reasons set out in the attached letter.

The applicant submitted its observations on 30/11/2017, which may be summarised as follows:

1. The shape depicted in the mark departs significantly from the usual shape of such goods which are available on the market.

2. The shape does not represent the goods identified as objectionable.

3. There are many earlier registrations that consist of the shape of the goods the mark is registered for. 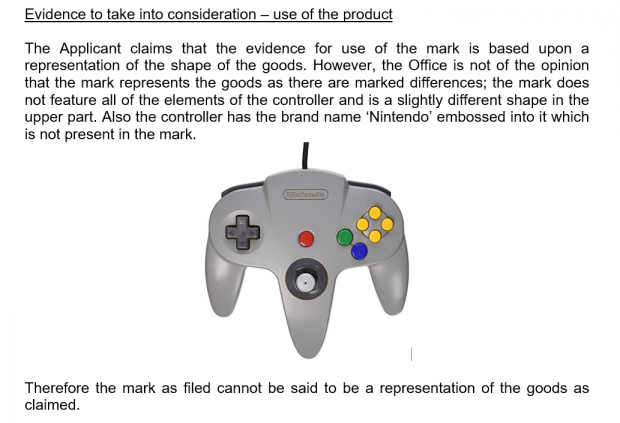 But Nintendo convinced the patent office to nix the objection and greenlight the trademark. We can't see Nintendo's comments on the matter.

After giving due consideration to the applicant's arguments, the Office has decided to waive the objection for the following goods:

Nintendo may not stop with a N64 Classic Edition, though. It's possible this move could hit two birds with one stone: a mini-console and the Switch with a single controller.

Remember the company plans to release special NES controllers used to play Nintendo Entertainment System games on the Switch as part of its Switch Online subscription service. It's possible Nintendo 64 games could come to the Switch Online at some point and this trademark could be used to bring special N64 joypads to the handheld-console hybrid as well.

The Classic Edition console re-releases have been exceptionally lucrative for Nintendo so far. We shouldn't see this business tactic to slow down any time soon, especially given the marginally lower cost of micro-console hardware (usually a Raspberry Pi) alongside ROMs and emulation taken right from Nintendo's previous Wii U Virtual Console presence.

Nintendo has yet to confirm or deny a Nintendo 64 mini is on the way, but I'd definitely bet on it.