The MOBA from Tencent titled Arena of Valor has had its Nintendo Switch launch month revealed, the title will debut sometime through September this year.

Tencents Arena of Valor will put players in a 5v5 arena that with the objective of destroying the opposing teams enemy players as well as their defense structures and then finally their base. Arena of Valor has already been launched on mobiles where it has picked up quite a bit of traction, Tencents Nintendo Switch edition will come with all the features the mobile game already has including a ranked system.

Tencent has released a press release addressing Arena of Valor coming to the Nintendo Switch, "Arena of Valor's quick and easy to learn but hard to master gameplay on the Switch is similar to its mobile counterpart, but the biggest new addition is that fans will have the option to play anyone in the world at any time via a global server. Players from different regions can play with each other regardless of which territory they are in or what eShop they purchased the game from."

Additonally, players that are already planning Arena of Valor on the mobile version will be glad to know that their progress can be transfered to the Nintendo Switch version if they so choose. "For Arena of Valor's loyal mobile players, Tencent plans to announce details for a 'status match' event after the Nintendo Switch launch that will reward mobile players who have played enough to unlock characters and transfer those rewards to their Nintendo Switch version. Details on this event will be released soon."

Arena of Valor for the Nintendo Switch will launch sometime in September this year. For further information regarding Arena for Valor, visit the official website here. 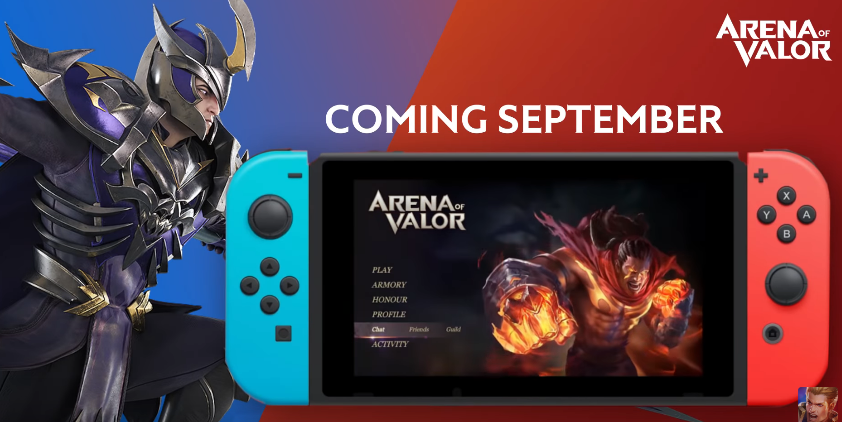