Following yesterday's leak, Blizzard today confirmed Diablo III is coming to the Nintendo Switch while detailing some interesting tidbits about the port.

We've known for a while now that Diablo III would arrive on the Switch, but key details remained unknown. According to new info passed along to Eurogamer, the Diablo III Switch port will actually be filled with a number of options and modes.

The ARPG's Switch version will run at a smooth 60FPS across both handheld and docked modes, Blizzard confirms, and comes with extra Nintendo-inspired goodies like a Ganondorf skin, a cucco pet, a set of vanity wings, and a Triforce portrait for customization. The game is also bundled with the Reaper of Souls expansion alongside the new Rise of the Necromancer pack, which adds Diablo II's necromancer as a playable class.

Diablo III on the Nintendo Switch is slated to release this Fall.

Check below for a copy of the official press release sent out by Activision-Blizzard. 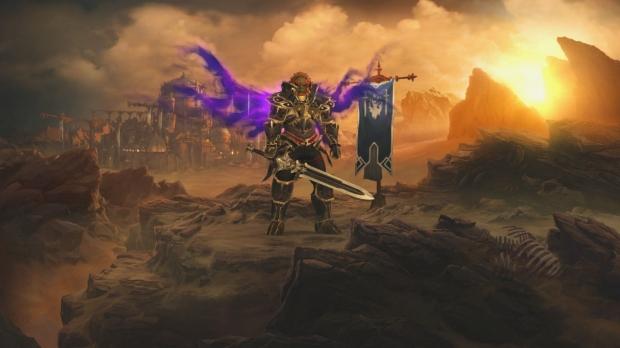 The minions of Hell have grown unfathomably strong since DiabloÂ® III's release, but lucky for the High Heavens, reinforcements are on the way. Later this year, Nintendo Switch players the world over will join the fray with the Diablo III Eternal Collectionâ"¢ and wield their systems' portable power to slay demons and amass vast hoards of loot anytime, anywhere.

The Eternal Collection is the definitive edition of the award-winning action RPG, including everything from the original Diablo III, the critically-acclaimed Reaper of Souls expansion, and the Rise of the NecromancerÂ® pack. With seven powerful character classes, a five-act campaign that spans the lore-rich and demon-infested world of Sanctuary, and an endlessly replayable Adventure Mode, the Eternal Collection is the perfect all-in-one package to introduce newcomers to a lifetime of adventure.

The Eternal Collection for the Nintendo Switch incorporates the system's flexibility and versatility into its design. Whether using a Joy-Conâ"¢ controller or a Nintendo Switch Pro Controller, players will have an awe-inspiring assortment of demon-slaying powers at their fingertips, thanks to intuitive, ultra-responsive controls custom-built for Nintendo Switch. And true to the spirit of the Diablo series, players will also have a wealth of options when it comes to cleansing Sanctuary cooperatively-up to four players can band together to engage in grand multiplayer crusades, whether they're sharing a screen on a single Nintendo Switch, linking their systems together wirelessly, or teaming up through the Nintendo Switch Online* service. 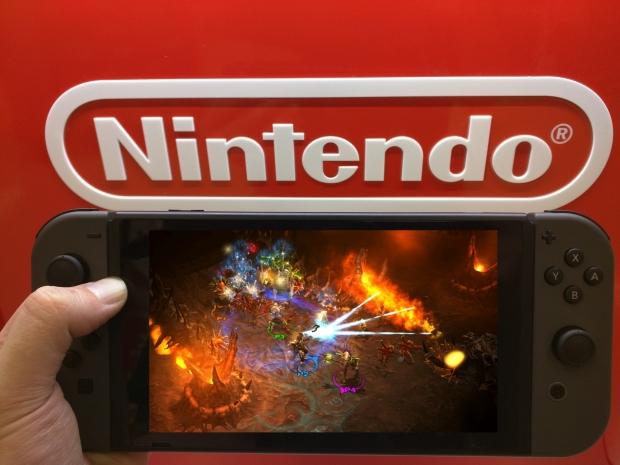 "At Nintendo, we're huge fans of rich and compelling games that speak to players around the world," said Reggie Fils-Aime, Nintendo of America President and COO. "By partnering with companies like Blizzard, we're able to create new ways of engaging with beloved content. Blizzard and Nintendo share a commitment to redefining the way people play games, and with Diablo III Eternal Collection for Nintendo Switch, that means players can now explore the vast world of Sanctuary anytime they like, and anywhere they go."