The trailer has been titled New York City Open-World trailer and showcases Spidy flinging around his concrete jungle playground and it looks absolutely incredible. The trailer is narrated by J. Jonah Jameson and Jameson is throwing the blame for the cities crimes on Spider-Man, Peter Parker then calls into the station under the allias Peter Patterson to defend him. Jameson continues and we can see from the trailer that these 'swan dives' that are mentioned are in front of the Avengers Tower.

Not only was the Avengers Tower spotted within the trailer but so was the Dr. Strange building. That is right, the Sanctum Santorum can be seen at exactly 0.40 seconds into the video. It is unclear what kind of interaction players will be able to do with Stranges building, but at least it can be confirmed that it is in the game. Marvel's Spider-Man will be releasing exclusively on the PlayStation 4 on September 7th. 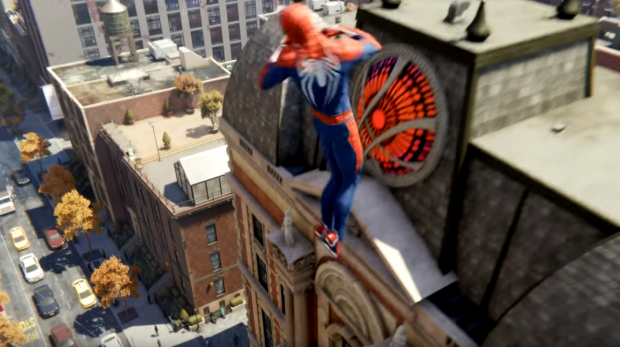 In other news about Spidy, there was a 4K gameplay video released not to long ago confirming the inclusion of the Sinister Six, check that out here. Miles Morales or better known as the Ultimate Spider-Man was also revealed this week, catch up on that here. Back in early July, Creative Director at Insomniac Games, Bryan Intihar confirmed that there would be an Avengers Tower in the game but no Baxter Building for the Fantastic Four, if you want to read that story visit it here.