The new Turing GPU is the largest leap in GPU technology from NVIDIA since the CUDA GPU was unveiled back in 2006, with a huge 18.6 billion transistors on a 12nm process. There's also a Tensor Core inside with 125 TFLOPs of FP16 performance, and an RT Core with 10 Giga Rays/sec of performance. The Turing GPU in all of its glory uses 754mm2, compared to 471mm2 of Pascal (which had 11.8 billion transistors). 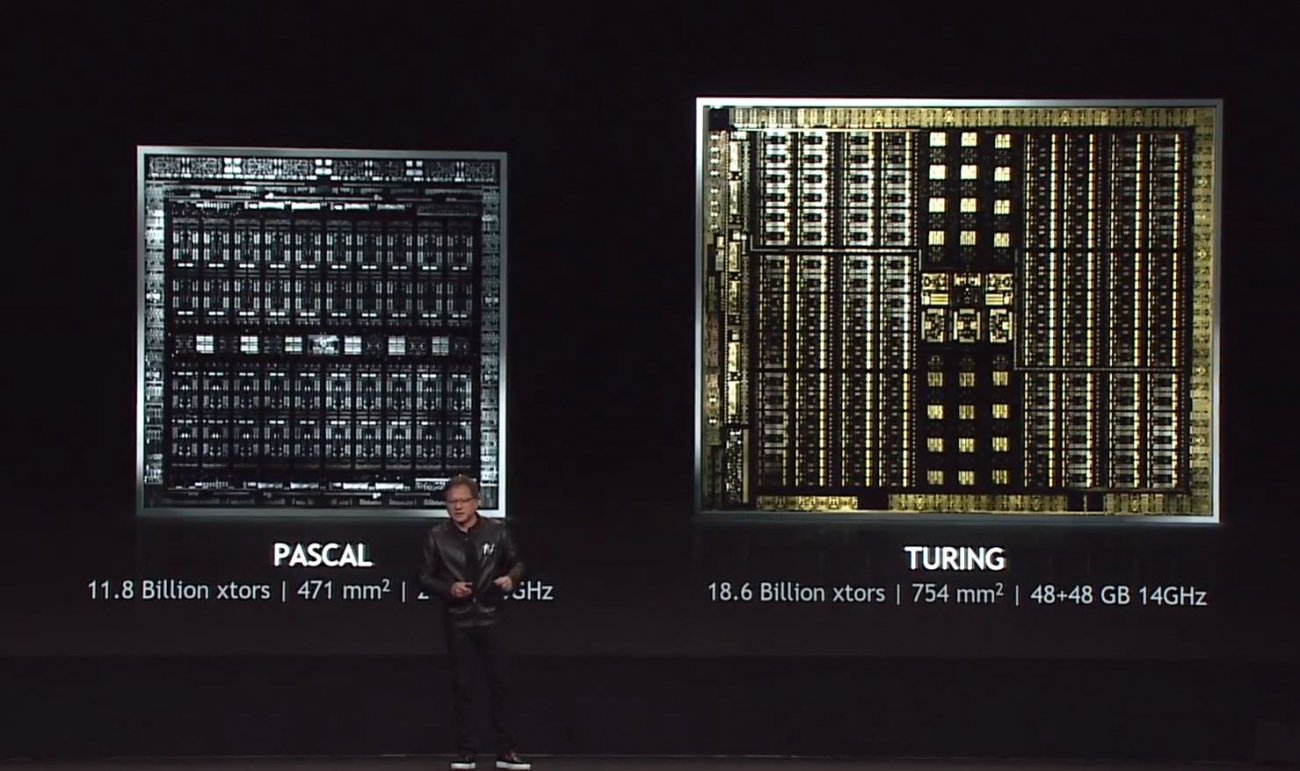 These new Quadro RTX series graphics cards are the first in the world to feature VirtualLink connectors, the new USB-C connector for next-gen VR headsets.