Netflix has announced that the sixth and final season of House of Cards will stream on November 2, with Robin Wright taking top billing as President Claire Underwood. 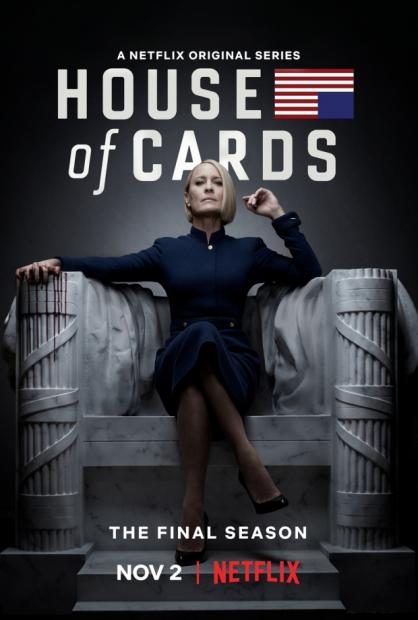 Earlier this year, disgraced actor and main star of House of Cards, Kevin Spacey, was booted from the show in more ways than one. Netflix shut production of House of Cards' final season down at the time, removed Spacey as the lead actor and producer, and had to chuck Robin Wright in as the lead. Wright was already a major star and producer on the show, but now that's in a much stronger capacity... at least for the sixth and final season.