Capcom has performed an interview with GamesIndustry regarding the Resident Evil 2 Remake, throughout the interview it has been revealed that the developer considered releasing the game with a fixed camera view. 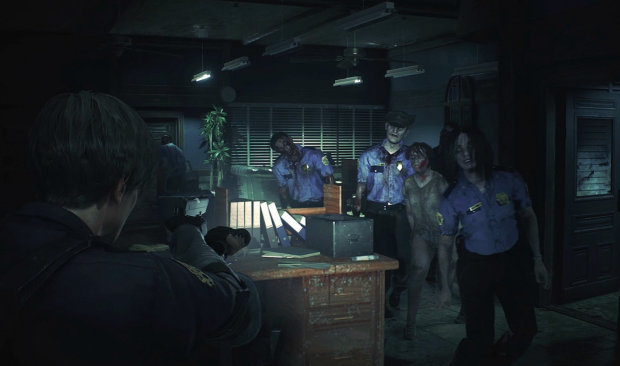 Capcom Europe COO, Stuart Turner sat down with GamesIndustry to reveal some details about the upcoming title. According to Turner, inner Capcom employee's had numerous discussions to whether they would be able to provide "everything for everyone" in regards to "tank controls" and "fixed cameras." Turner also does mention that the developers "did try first-person, we did try fixed camera", but after much discussion it was decided that "a third-person view works better."

This decision from Capcom had the developer on the edge of it's seat, as EMEA Marketing Director Antonie Molant says "That was probably the main worry, or question mark, that we had" leading into the E3 2018 reveal. Molant says that he was worried that the decision of making the camera angle third-person would divide the fan-base, surprisingly it has had quite the opposite effect "but, although there might have been some initial dissenting voices, the reaction was overwhelmingly positive."

Turner adds to this point and says "We were concerned internally about who RE2 would appeal to. With RE7 we had done this first-person thing, and with RE2 we've done this thing that looks great, but it's also back a step. So the response to that, the pre-orders we've seen already... we have been a little taken aback by how well it has gone down." If you are interested in anymore Resident Evil 2 news, check out the gameplay video that was revealed at this years Ani-Com here. Some sad news surrounding Resident Evil 2 is the absolutely zero plans it has for coming to the Nintendo Switch, check out why here.