It was nearly two years ago that Hello Games released what was then a huge mess, with No Man's Sky ripped to shreds by reviewers, gamers, streamers even the ice cream man. But now... well, now it's 22 months later and the game is finding success. 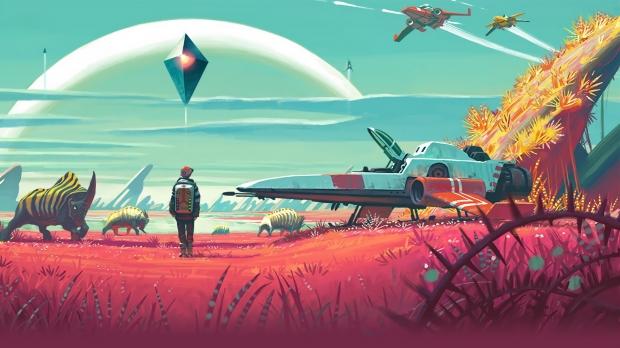 Hello Games released a game-changing update to No Man's Sky that has piqued gamers' interest once again, seeing the game enter Steam's top 10 most-played games with a peak of 84,612 gamers playing the game at the time of writing. There are more people playing No Man's Sky right now than ARK: Survival Evolved, or Team Fortress 2. To give it further perspective, CS:GO is absolutely huge and has 370,000+ concurrent players right now. Hell, even GTA V has 'only' 133,000 players concurrently at the time of writing.

No Man's Sky hasn't been very active over the last 22 months with a peak of 212,321 players at launch in August 2016, and around 2000 concurrent players each month. The last time there was a spike with player numbers was the Atlas Rises patch in August 2017, a year after launch, with 19,000 concurrent players. This new update is 300% more than that, so there are a lot of interested gamers.