Comic-Con 2018 - As we move closer to Mega Man 11 releasing, the newest installment to the Mega Man series, Capcom has revealed yet another boss that will be featured within the title. Everyone welcome Torch Man as he heats up the stage.

Not to long ago we saw a similar treatment from Capcom for Blast Man, now we are diving into what Torch Man's stage will be themed as and what players will be up against. The Torch Man level will be based in a "lush forest and campsite that he's turned into his personal training grounds to hone his "Fist of Fire" technique." Players will have to be cautious of the numerous robots hiding in tents, platforms that are prone to heat-up, low-lit areas and many more obstacles that could appear friend at at first but are actually foe.

Torch Man's stage will mostly consist of flame being hurled at Mega Man, players will have to dodge, weave, duck and slide to avoid the fiery projectiles. The trailer showcases Mega Man using his Speed Gear ability while fighting Torch Man. Mega Man is able to slow down time briefly, more importantly though notice when it is used. It appears that the player utilizes the ability when Torch Man is about do a fast attack to secure a place of repositioning, players should take note of this as using these new abilities at the perfect times could be the difference between life and death. Just looking at Torch Man some Mega Man fans would be able to draw similarities between Fire Man and Magma Dragoon, perhaps Torch Man is a combination of the two? Mega Man 11 comes to PlayStation 4, Xbox One, Nintendo Switch, and PC on October 2nd. 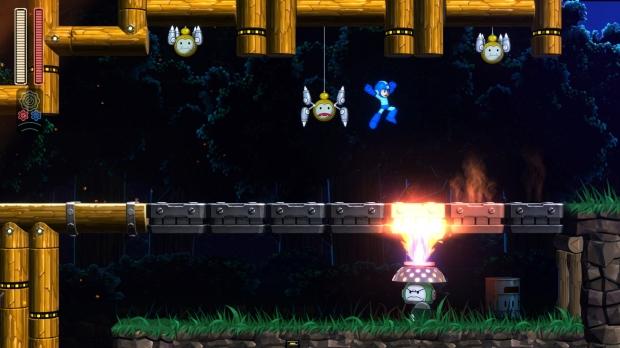 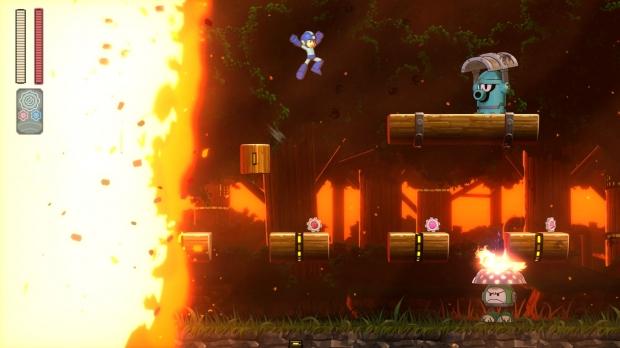 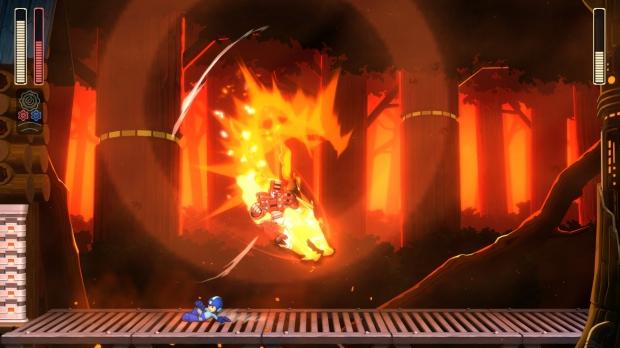