Last week, I reported on the Japanese Nintendo website saying that the amiibo's for the returning/new Super Smash Bros. characters were almost here. Now, Nintendo has made the amiibo's available for the three new characters. 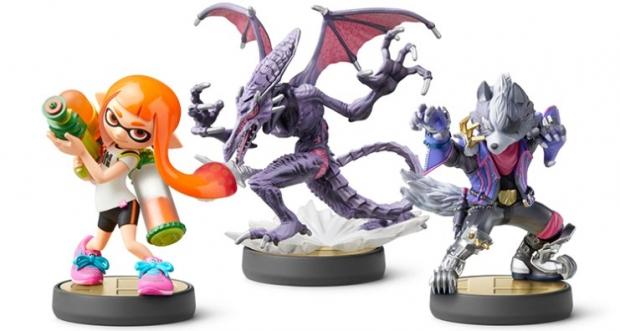 Nintendo has brought us three new amiibo figures with many more on the way, ready for pre-order right now we have Ridley, Wolf and the Splatoon characters, Inklings. Nintendo has made the listings go live on Amazon and fans can begin the pre-order process now. Each of the figures will be retailing for $15.99, the following are links (except for Inklings as it is not available yet) to their respective Amazon listings: Ridley amiibo, Wolf amiibo and the Inkling one here.

For all those Nintendo collectors out there or even just amiibo collectors, do note that it is doubtful that these are the only amiibo's that Nintendo are releasing. Expect a further three more characters to be released, Snake, Young Link and Ice Climbers. Leaving these characters out would be awfully strange for Nintendo, so we should see listings for them sometime soon, more accurately before the release of Super Smash Bros. Ultimate.

In other news about Super Smash Bros. Ultimate, check out why I think that we will see Simon Belmont and 15+ new characters coming to the new Smash.