Intel has held the highest post with enthusiast CPUs in the HEDT market with its Extreme Edition brand of processors, a range of chips that had no compromises and represented the best of Intel in the enthusiast market.

According to Francois Piednoel, ex-Principal Engineer, Performance Architect / System Architect at Intel, the company is about to retire its Extreme Edition brand of processors. Piednoel posted on his personal Twitter account saying: "The #ExtremeEdition Brand is about to get killed. What a big mistake", and I totally agree with that last bit... what a huge mistake Intel would be making if they are indeed killing off the Extreme Edition brand.

If this is true and Intel does kill off the Extreme Edition brand, is it because of the sheer dominance AMD is bringing to the table with their Zen CPU architecture? Intel is losing with its 10nm node push, the loss of their CEO, and the server market is expected to tip into AMD's favor throughout 2019 and beyond.

Maybe Intel isn't feeling so extreme anymore. I see it all as Intel being Superman and AMD being Batman in Batman v Superman, where Superman was utterly invincible against the fight with Batman. He said on top of the rooftop "if I wanted it, you'd be dead already", and that's how I see Intel. Ignorant. Superiority complex. One grenade fired by Batman and Superman is reduced to 1/100th of his power and Batman beats him easily in hand-to-hand combat.

Intel was the elephant in the room, and they're quickly turning into the mouse. Retiring the Extreme Edition CPU is going to be a big loss for Chipzilla. 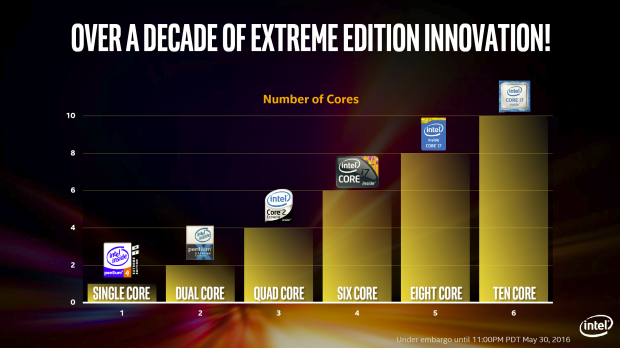