I'm sure that 2019 is going to be the year of 10 cameras on a smartphone, with LG leading that charge with rumors for its new flagship smartphone, the V40. 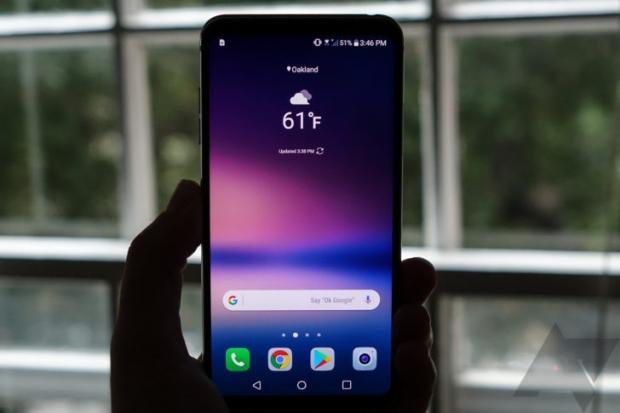 LG's new V40 smartphone is rumored to feature an insane five cameras, but we don't know where they'll be split. I'm sure we'll see two up front and three on the back, with one of the front-facing cameras letting you unlock your V40 with your face. Android Police is reporting that the dual cameras up front on the V40 would allow for a 3D map of your face to be recorded, but they're not 100% on that rumor.

We should expect the first of three cameras on the back of the LG V40 smartphone to be a standard wide lens, followed by LG's signature ultrawide lens, and then a third mysterious snapper. Android Police ponders it "could be a zoom lens, or it could be dedicated to bokeh or depth of field effects - we're really not sure. Either way, add them all up and you've got a phone with five camera sensors. This would be the first major smartphone I'm aware of packing that many shooters".

The site also says the V40 will feature a noticed display as well as a design that "essentially resembles a scaled-up G7". Inside, we should expect the Qualcomm Snapdragon 845, a dedicated Google Assistant button next to the volume rocker, and a fingerprint sensor that remains on the back of the V40, not in-display like the Galaxy S10 rumors tease for Samsung's Next Big Thing.