Fortnite almost reinvented itself with its Battle Royale mode, and it seems Epic Games is about to do it again with the new update to Fortnite with Playground. 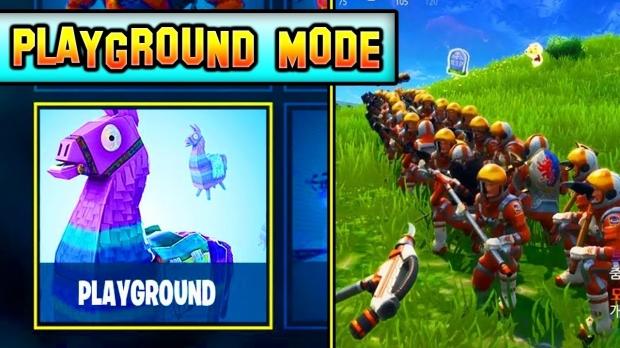 Since there won't be any time restrictions in Fortnite's new Playground mode, the buildings and structures created should be wondrous. We could be looking at some Minecraft-level stuff here, so I'm expecting some weird and whacky creations to show up on YouTube and Twitch in the coming months.

Playground will have friendly fire enabled, so you will be able to kill your friends - but it also opens the door to bigger opportunities. You could open up a custom Fortnite match where you have a specific amount of private rules to abide by (certain guns, or building particular structures) and then battle it out on the private map. Alternatively, with streamers flocking to Fortnite, we could see some truly epic 1v1 matches without the hassles of 50 other players.

Epic Games is testing out Fortnite's new Playground mode, so we could expect it to evolve over the months into a more permanent, and custom feature. We should see other modes unveiled in the coming months with plenty of ideas spawned from Playground, I'm sure.