Computex 2018 - AMD has announced and released their new Radeon RX Vega 56 Nano graphics card, something the company teamed up with AIB partner PowerColor on. 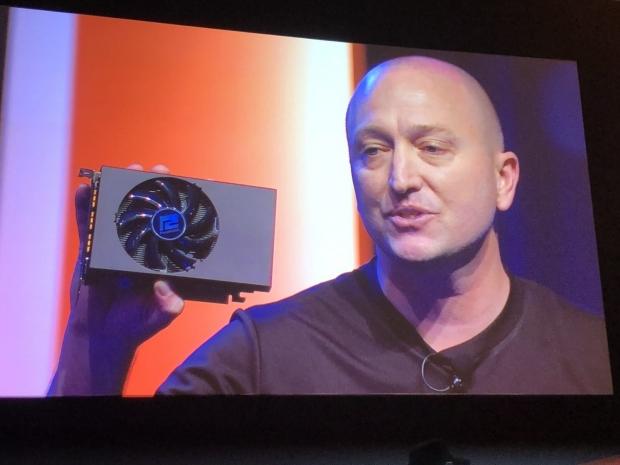 AMD didn't confirm any technical specs on the RX Vega 56 Nano, so we'll have to wait a little while longer to hear the full tech specs like GPU clocks, VRAM (I'm sure it'll have 8GB of HBM2), but the most important part will be power consumption and heat numbers.

I have a meeting with AMD tomorrow where I'll try and get some more details on the card, but it's good to see it finally becoming a reality after its brief tease during the Vega launch event last year.