Computex 2018 - AMD is pushing for a strong Computex this year, with an exciting unveiling of Vega 20 on 7nm with 32GB of HBM2, but also their new project: Fenghuang 15FF, a new graphics chip for APUs, 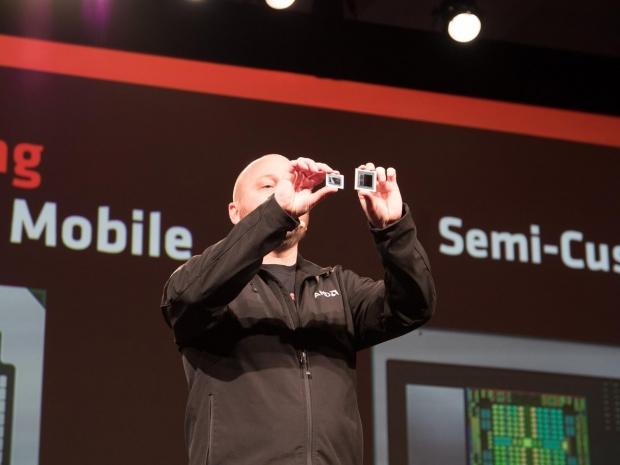 Fenghuang 15FF is the internal codename for the graphics chip, with the current codename of DG02SRTBP4MFA applied. This chip should be part of the Zen+ APU family with 4C/8T of CPU power, 3GHz clock speed, and 2GB of HBM2 clocked at 1200MHz (2.4GHz effective).

AMD is expected to unveil a bunch of never-before-seen hardware at Computex 2018, and this could be one of those products. We'll keep you posted.