Acer has its Predator X27 gaming monitor up for pre-order for $1999, and now ASUS has joined the 4K 144Hz fray with pre-orders opening up for their upcoming ROG Swift PG27UQ monitor. 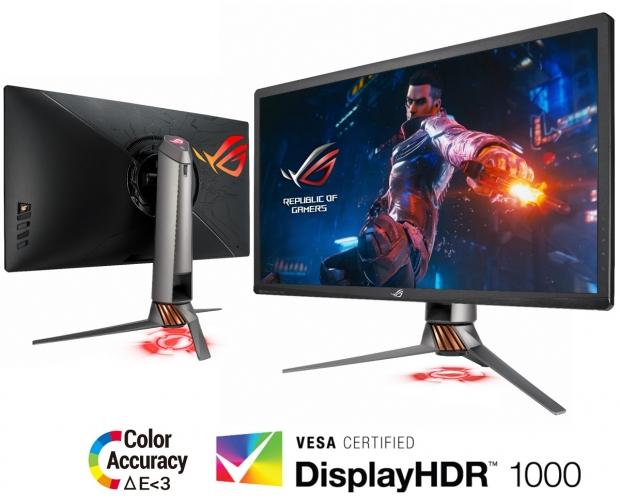 ASUS will have its native 3840 x 2160 resolution, 144Hz refresh rate, G-Sync technology, 1000cd/m2 peak brightness, LED backlight that dynamically controls 384 zones, and factory color calibration. ASUS also has 99% of the Adobe RGB coverage, and 97% DCI-P3. ASUS uses Quantum Dot like technology, life-like luminance, and cool light effects that are projected onto the desktop itself, all with an adjustable stand.