The original RAGE was powered by id Software's in-house idTech engine, but its sequel will be using the Avalanche engine which powered the Just Cause games.

RAGE was powered by the idTech 5 engine at the time, with the developer using their own engine for games like DOOM, but it seems that RAGE 2 won't be using idTech this time around. Avalanche Studio founder Christofer Sundberg tweeted to a fan who asked what engine RAGE 2 would be using, where he said: "It's Apex - Avalanche Open-World Engine".

It's a fitting engine considering that RAGE 2 is pushing for an open-world experience, and the Avalanche Engine powered games like Just Cause and Mad Max, both featuring large game worlds. RAGE 2 isn't coming until 2019, so we should expect some more details on its engine and graphics prowess during E3 2018 next month. 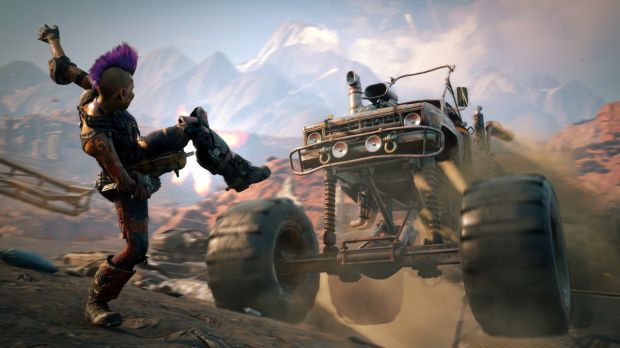